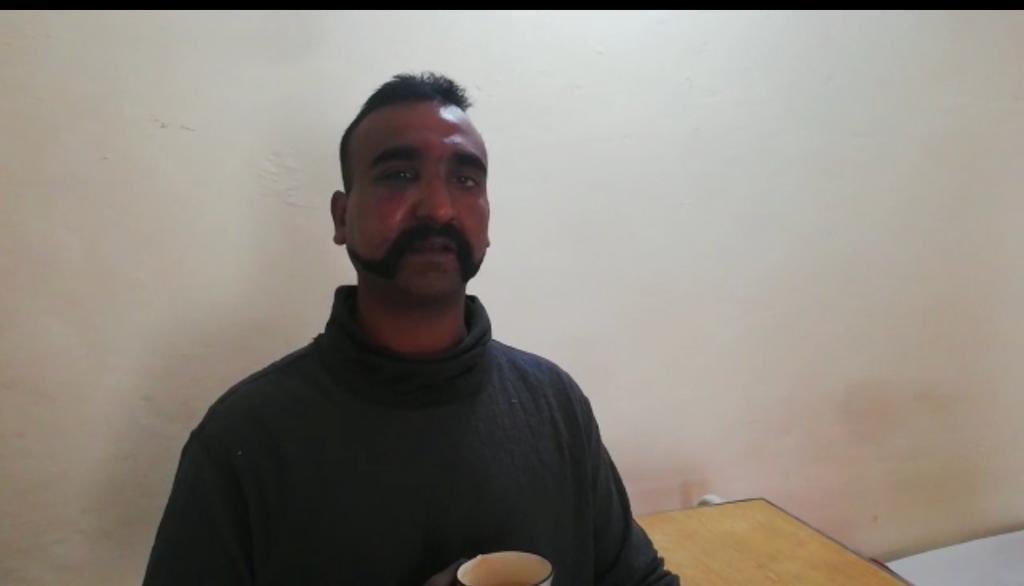 Muscat: ​Pakistan's Prime Minister Imran Khan has announced the release of the Indian Airforce pilot that was arrested on February 27 when Pakistan Airforce shot down two Indian jets after they crossed the Line of Control (LoC).

Speaking at the joint session of parliament on Thursday, Khan announced that the Indian Force Wing Commander Abhinandan Varthaman will be released tomorrow, Friday, March 1, 2019.

"In our desire for peace, I announce that tomorrow [Friday, March 1, 2019], and as a first step to open negotiations, Pakistan will be releasing the Indian Air Force officer in our custody," the prime minister said.

Wing Commander Vardhaman Abhinandan, who was supposedly captured by Pakistani troops when his aircraft crash-landed in Pakistan-occupied Kashmir, will be released tomorrow, according to Imran Khan, the Prime Minister of Pakistan.

He was officially identified as Wing Commander Abhinandan, by the Pakistan Armed Forces. He is allegedly being treated under the norms of ‘military ethics’.

“There is only one pilot under Pakistan Army’s custody,” said Major General Asif Ghafoor, spokesperson of the Pakistan Armed Forces. “Wing Commander Abhinandan is being treated as per norms of military ethics.”

Abhinandan’s aircraft was supposedly shot down when Pakistani air force jets were said to attack Indian defence installations. His was one of two aircraft were reported to have been downed. Ghafoor also added that Abhinandan was taken into custody after his plane crash-landed in Pakistan Occupied Kashmir, and in doing so crossing the Line of Control (LOC), the de-facto boundary between the Indian and Pakistani sectors of Kashmir.

“In response to the Pakistan Air Force strikes this morning as released by the Ministry of Foreign Affairs, the Indian Air Force crossed the Line of Control. PAF shot down two Indian aircrafts inside Pakistani airspace. One of the aircraft fell inside Azad Jammu & Kashmir while other fell inside Indian Occupied Kashmir. One Indian pilot arrested by troops on ground while two in the area.”

India’s Ministry of External Affairs also said they were looking into verifying the Pakistani statements.

“In this engagement, we have unfortunately lost one MiG 21,” said Raveesh Kumar, the official spokesperson of the MEA. “The pilot is missing in action. Pakistan has claimed that he is in their custody. We are ascertaining the facts.”