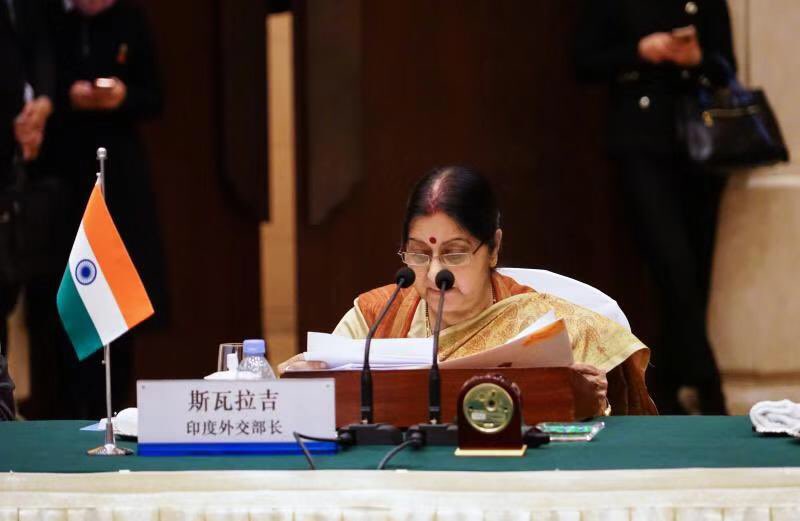 Syed Haider Shah arrived at the Ministry of External Affairs (MEA) on the afternoon of 27 February, the same day of the air raid, following Indian strikes which were said to have been carried out in Balakot, Pakistan, with the apparent intent of destroying training camps that belonged to the Jaish-e-Mohammed terrorist organisation, which identified themselves as the perpetrators behind the Pulwama attacks on 14 February, that led to the deaths of 40 soldiers from India’s Central Reserve Police Force.

“The Acting High Commissioner of Pakistan was summoned this afternoon by MEA to lodge a strong protest at the unprovoked act of aggression by Pakistan against India earlier today, including by violation of the Indian air space by Pakistan Air Force and targeting of Indian military posts,” said Raveesh Kumar, the official MEA spokesperson.

“This is in contrast to the India’s non-military anti-terror pre-emptive strike at a Jaish-e-Mohammed terrorist camp in Balakot on 26 February 2019,” he added. “It is unfortunate that instead of fulfilling its international obligation and bilateral commitment to take credible action against terrorist entities and individuals operating from its soil, Pakistan has acted with aggression against India. It was clearly conveyed that India reserves the right to take firm and decisive action to protect its national security, sovereignty and territorial integrity against any act of aggression or cross-border terrorism.”

During the reported air raid on Indian defence installations, two air craft were apparently shot down, with the Indian plane reportedly landing in Pakistan Occupied Kashmir. Pakistan’s armed forces claimed to arrest him. He has since been identified as Wing Commander Abhinandhan, and India have called for him to be returned at the earliest.

“India also strongly objected to Pakistan’s vulgar display of an injured personnel of the Indian Air Force in violation of all norms of International Humanitarian Law and the Geneva Convention,” said the Ministry of External Affairs. “It was made clear that Pakistan would be well advised to ensure that no harm comes to the Indian defence personnel in its custody. India also expects his immediate and safe return.

Kumar added, “regret was expressed at continuing denial by Pakistan’s political and military leadership at the presence of terrorist infrastructure in territories under its control. A dossier was handed over to Pakistan side with specific details of Jaish-e-Mohammed complicity in Pulwama terror attack and the presence of JeM terror camps and its leadership in Pakistan. It was conveyed that India expects Pakistan to take immediate and verifiable action against terrorism emanating from territories under its control.”