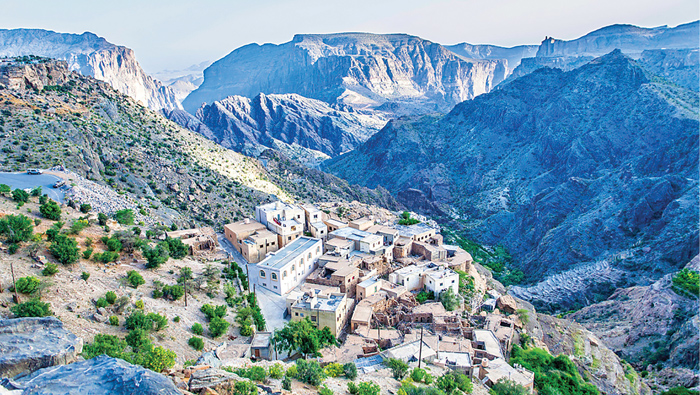 Muscat: Tourism investment in the region is expected to reach $323 billion by the end of 2020, according to a major tourism organisation in the region.
Speaking on the occasion of Arab Tourism Day, Dr. Bandar bin Fahad Al Fuhaid, President of the Arab Tourism Organisation, stated that the tourism sector is expected to directly contribute to the employment of 10 million people or nearly 12 per cent of all jobs in the Arab world.
On the occasion, Ahmed bin Nasser Al Mahrizi, Minister of Tourism, said, “The Sultanate’s celebration of Arab Tourism Day is aimed at the enhancement of efforts to achieve sustainable tourism development, encourage the movement of inter-Arab tourism, get benefits from the natural and cultural components and develop them, as well as preserve them and ensure their sustainability.”
“This year, the focus is also on the common human and cultural values in the Arab society, which are a major factor for promoting the Arab tourism exchange,” he added.
The minister added, “The efforts of the Sultanate and its farsighted government led by His Majesty Sultan Qaboos bin Said are clear and tangible. These efforts are aimed at achieving the principles and objectives of comprehensive and sustainable development in all sectors.”
Speaking about Oman’s role in tourism development, the minister stated that Oman was elected as a member of the Tourism and Sustainability Committee of the World Tourism Organisation (UNWTO) on the sidelines of the general assembly of the organisation, which was held in Colombia in 2015. The countries of the Middle East have shown a consensus over electing Oman as the sole representative of the region in the Committee due to its efforts and leading role in this context.
Oman attracted 1,472,231 tourists from other GCC countries in 2018, according to data from the NCSI.
Additionally, 182,377 tourists from other Arab states visited the Sultanate in 2018. Last year, 153,588 tourists from other GCC states and 22,306 from other Arab countries travelled during the Khareef season and Salalah Tourism Festival, the minister said.
Al Mahrizi added, “We look forward to working with our brotherly Arab countries to activate and enhance joint tourism efforts.”
meant for achieving the objectives of the Arab strategy for tourism. Despite all the challenges, the Sultanate and many Arab countries are trying to make tourism a stand-alone industry as an essential part of economic diversification.”
“Therefore, competitiveness and integration in the travel and tourism sectors are required so that we can achieve development, growth and the optimal utilisation of this industry.