Yalitza Aparicio: The Roma star that made history 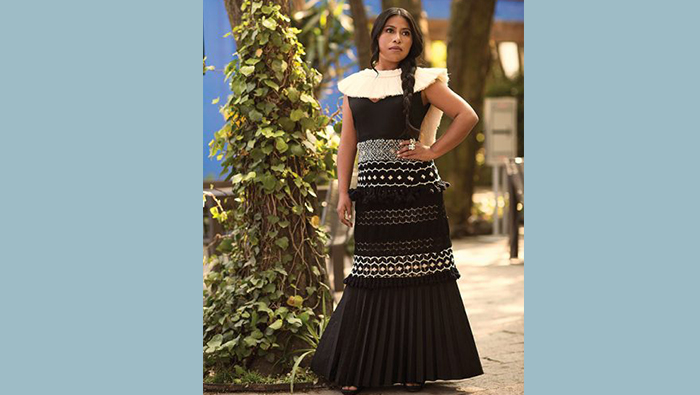 Muscat: To say that the past few months have been transformative for Roma's lead actress Yalitza Aparicio would be an understatement. Since the movie's release, the 25 year-old big screen newcomer has gone from completely unknown even in her own country to one of the most acclaimed actresses this year, thanks to her role as Cleo in Alfonso Cuarón's Netflix masterpiece.
The acclaim, praise, and red carpet receptions are a far cry from her hometown of Tlaxiaco, Mexico, where she was discovered during a casting call in 2016. Little did she know that landing the role would be the first step in making history.
After the film's release, it quickly garnered critical acclaim. Aparicio would earn an Oscar nomination for Best Leading Actress, becoming the first indigenous nominee as well as the second Mexican woman following Salma Hayek in 2002. If results go her way, she could go a step further and become the first of either demographic to win an Academy Award tomorrow.
The big screen newcomer celebrated her achievement by simply saying on Instagram, "What great joy, what great team work."
Her humble response is evocative of her hometown in the state of Oaxaca, where the actresses' dramatic rise has become the stuff of legend.
She has gone from a town to Hollywood in just a few months, being interviewed by Jimmy Kimmel, rubbing shoulders with Javier Bardem, and appearing on the cover of Vogue.
Aparicio will be going up against heavyweight actresses such as Glen Close and Olivia Colman for the Best Leading Actress Award. A win would be unprecedented but exactly what her performance deserved. And if tomorrow night is anything like the last 12 months for Aparicio, she will fancy her odds of making history yet again.