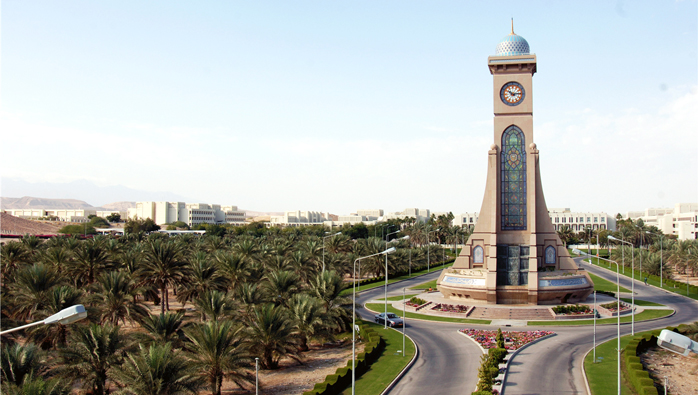 Muscat: Omanis prefer locally produced food products, according to a recent study by Sultan Qaboos University (SQU).
As part of her master’s programme in the Department of Natural Resources Economics of the College of Agricultural & Marine Sciences at SQU, Arwa Al Ma’mari recently conducted a study to investigate the level of consumer ethnocentrism in Oman and willingness to pay for locally produced valued added food products. Dr Msafiri Daudi Mbaga, Associate Professor at the Department, supervised Al Ma’mari’s research.
In this study, seven locally produced (processed) food commodities were investigated. Data was collected by means of a questionnaire. The mall intercept approach was employed to collect data. A total of 345 shoppers were interviewed.
The sample comprised mostly Omanis at 71 per cent. Males and females were 68 and 32 per cent, respectively. The majority of respondents (85.4 per cent) were between 20 and 50 years old. Results showed that Omani consumers are strongly ethnocentric because the mean score obtained which is 59.2, is significantly above the middle of the range of the CETSCALE Score (17 to 85), which is 51.
A majority of the consumers who participated in the study indicated that they would buy locally produced valued added food products when the price and quality of the products were as good as the imported ones.
Consumers indicated that they would buy products that offer the best value for money, regardless of whether they are locally produced in Oman or imported. Almost a half of the respondents stated that Oman’s locally produced value added food products were not of poor quality.
With regard to shopping for locally produced valued added food products, a good percentage of the respondents indicated that they look for specific local brands when they shop for food. More than half of the respondents felt that Oman’s products were highly priced.
With regard to the attitudes of Omani consumers towards the “Origin Oman” and “Buy Local” campaigns, the majority of respondents (87.6 per cent ) were in favour of government participation in encouraging Omanis to buy locally produced value added food products, compared to 91 per cent who said the industry should do it. Only 48.2 per cent of the respondents agreed that the “Buy Local” campaign has been successful in persuading Omanis to think about changing their food shopping habits. With regard to job opportunities, 86.7 per cent thought that buying Omani locally produced value added food products would create work opportunities in Oman. This view was supported by 92.2 per cent of respondents who were of the opinion that buying Omani locally produced food products would help Oman’s economy. Respondents (85.8 per cent) also indicated that Oman’s agricultural industry must be more competitive.
Looking at these results, there appears to be a strong support from Omani consumers for the “Origin Oman” and “Buy Local” campaigns. At the same time, consumers want the agricultural industry to be competitive. Furthermore, Omani consumers understand that buying locally produced food products would create jobs in Oman and help the economy.
The results of this study could be used to support the government’s efforts to diversify the economy, which is a matter of priority now. Furthermore, this study’s result provides information that might be potentially useful to investors in the agricultural and fisheries sectors of the Oman economy. Farmers, businesses and the government should pay attention to the quality of local products. At the policy level, it is clear from the study that the “Origin Oman” and “Buy Local” campaigns are perceived to not be entirely successful; consumers think more should be done jointly by the government and the industry.