Over 500,000 book titles on display at Muscat Book Fair 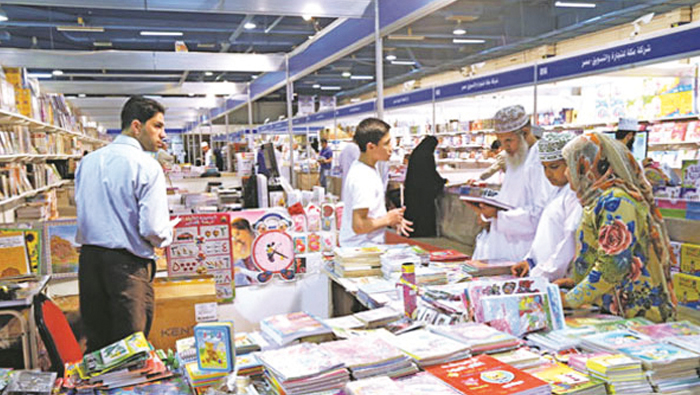 Muscat: The Muscat Book Fair 2019 will open on February 21 at 10am for students and 2pm to 10pm for the general public, and features an array of books with 523,000 titles.
The fair’s website stated, “There will be 523,000 books, of which 35 per cent are new.”
Dr. Abdul Monim bin Mansour Al Hassani, Minister of Information, said, “This edition features 882 publishers from 30 countries, and for the first time, will see contributions from China, Bulgaria, Canada, and Sri Lanka.”
The comments came during a press conference held over the opening of the 24th edition of the fair, which will be open until March 2.
The fair’s official website added, “There will be four halls for cultural events and an enlarged corner for children’s activities, a segment set aside for cultural community initiatives, and cultural coffee shops in a number of participating wings.”
Furthermore, there will be “authors present to sign books and negotiate deals, as well as organisations from the business when it comes to publishing and packaging. Publishing houses will also be present”.
Expanded services
The fair has also announced an expansion of services, such as parking, food, and electronic services.
Should visitors wish to search for a specific book, the fair also features a specialised electronic search engine for visitors to find books before visiting the events in person.
It will also be easier for visitors to make electronic purchases, as “there will be voluntary services for e-payments via an Omani company”.
The number of publishers participating has steadily increased since 2010, reaching an all-time high of 757 publishers in 2017. At the same time, the number of visitors to the Muscat Book Fair dipped after 2013 to 635,424 visitors in 2014, increased to 704,912 in 2015, dipped again to 682,187 in 2016, and then surged to reach 826,006 in 2017.
Major role
This increase exemplifies visitors coming for the books, but participants and publishers also play a major role. Al Bhaj Books Oman L.L.C, one such company, is “geared up to participate in the 24th International Book fair to be held at the Oman International Convention Centre”, according to a statement by the company.
Shouckath Ali, MD of the company, observed that there is a craving to know more about literature and authors. Being an ardent book lover, he is determined to ensure that the books address the young readers of the country, as they are “the building blocks of a better tomorrow”.
Al Bahaj Books Oman caters to Oman’s Malayalam community, and will feature books such as Meesha by S Hareesh, Fazeela Mehar’s Khanithath, Dhalithan, authored by K K Kochu, and Vishadhavalayalangal by Anish Francis.