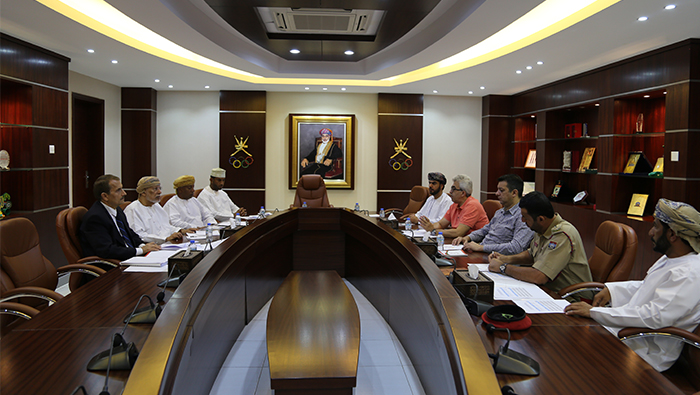 Muscat: In preparation for the qualifiers of the Olympic Games Tokyo 2020, a joint meeting of Oman Olympic Committee’s (OOC) Planning and Follow-up Committee and sports associations was held at the committee’s premises yesterday.
The meeting was dedicated for the discussion of the associations’ plans for participation in the qualifier tournaments of the 32nd Olympic Games which will be held in the city of Tokyo (Japan) from July 24 through to August 9, 2020.
The International Olympic Committee and International Federations have already approved the Olympic qualifying system whereby participation in the approved championships will be according to the standards determined in this respect.
The qualification tournaments commenced with effect from 1 January 2019 and will continue until 1 July 2020.
The standards of qualification revolve around the qualifying figures required for individual sports such as athletics, swimming, weight lifting and shooting, the international and continental ranking system for sports such as tennis, golf, equestrian and taekwondo, or continental qualifiers for team competitions such as football, volleyball, basketball and handball.
In this context, the Asian Olympic football qualifiers will be staged during the month of March 2019 for the group which comprises Oman, Qatar, Afghanistan and Nepal.
The Planning and Follow-up Committee emphasised the OOC’s direction that official qualification must be through competition rather than through dependence on universality invitation places offered by the International Olympic Committee.
It pointed out that the sports associations have the capability and efficiency to achieve the qualification standards in some sports and competitions.