Tensions rise in the aftermath of Pulwama attack 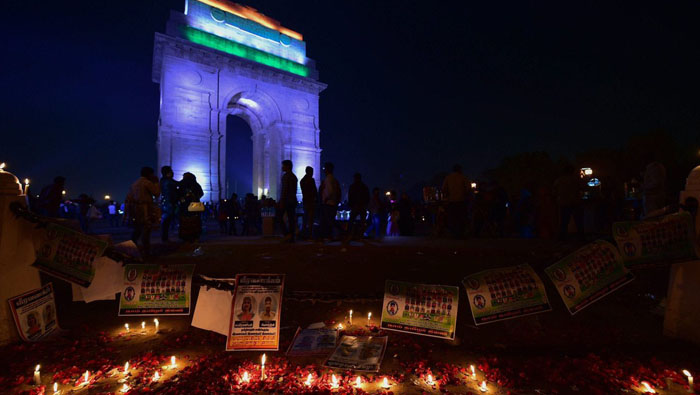 Muscat: Tensions between Pakistan and India have risen dramatically since the tragic terror attack in Pulwama that left over 40 Indian paramilitaries dead.
Pakistan officially recalled its High Commissioner from India, following a similar move by New Delhi.
A spokesman from Pakistan’s Ministry of Foreign Affairs said, “We have called back our High Commissioner in India for consultations. He left New Delhi this morning.”
India’s leading film association has announced a blanket ban on all Pakistani artists working in the nation’s film industry following the Pulwama attack.
The All India Cine Workers Association (AICWA) said, “ Were officially announcing a total ban on Pakistani Actors and Artists working in Film Industry.
“Still if any organisation insist on working with Pakistani Artists will be banned by AICWA and a strong action will be taken against them,” the statement continued.
The group, while condemning the attack and expressing their heartfelt condolences with the family of the victims, added, “AICWA stands with nation in confronting such terror and inhumanity. “Nation comes first, we stand with our nation,” the notice concluded.
Meanwhile, Bollywood film Total Dhamaal will not be released in Pakistan, actor Ajay Devgn has confirmed. Devgn, who is starring in the much-expected Bollywood film, tweeted, “In light of the current situation the team of Total Dhamaal has decided to not release the film in Pakistan.”
Indian actress Madhuri Dixit, who is also starring in Total Dhamaal, had previously offered her condolences to the families of those who had lost their loved ones in the attacking, saying, “Words can’t describe the pain that the families of our martyred soldiers would be going through. Expressing my sincere condolences to everyone in grief. I hope & pray for a terror free world.”
Candlelight vigils and marches have been held across India in a show of solidarity with those killed in the attack.
Indian politicians have sworn to retaliate against those responsible and accuse Pakistan of being involved, a charge Islamabad denies.