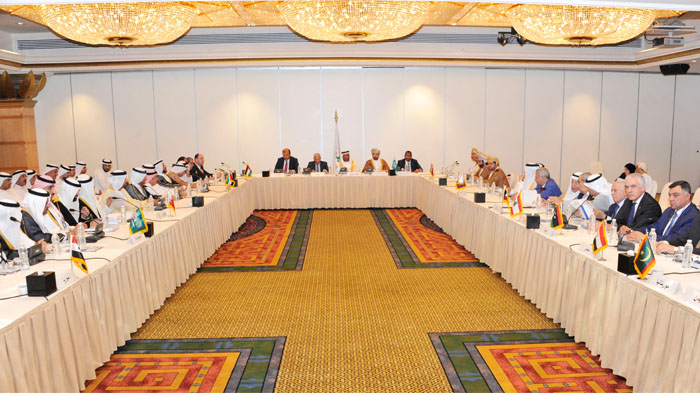 Muscat: The Council of the Union of Arab Chambers discussed during the 129th meeting the theme on investment in Oman.
The meeting was hosted by Oman Chamber of Commerce and Industry (OCCI) at the Grand Hyatt Hotel –Muscat yesterday.
Dr. Ali bin Mas’oud Al Sunaidy, Minister of Commerce and Industry, Deputy Chairman of the Supreme Council for Planning (SCP) talked about the major investment opportunities available in the Sultanate, as well as the most important issues of interest to the countries of the region during the upcoming phase.
Such issues are related to providing employment opportunities for young people and providing them with the necessary expertise to enter the labour market.
He affirmed that the Sultanate during the last period looked for other sources to boost the GDP of the Sultanate due to the situation imposed by oil prices and the Fourth Industrial Revolution.
Mohamad Abdo Saeed, President of the Union of Arab Chambers praised the efforts exerted by OCCI to develop the Chamber and affirm its role in contributing to draw economic policies for the interest of the development march being witnessed by the Sultanate.
The meeting discussed a report of the financial position of the Union for 2018, the closing budget of the Union, a report of the accounts auditor for 2018, the draft budget of the Union for 2019 and appointing an auditor for the Union’s accounts for 2019.
The meeting also touched on the meeting about digital project of the Union; e-Arab market, which was held in Kuwait last January.