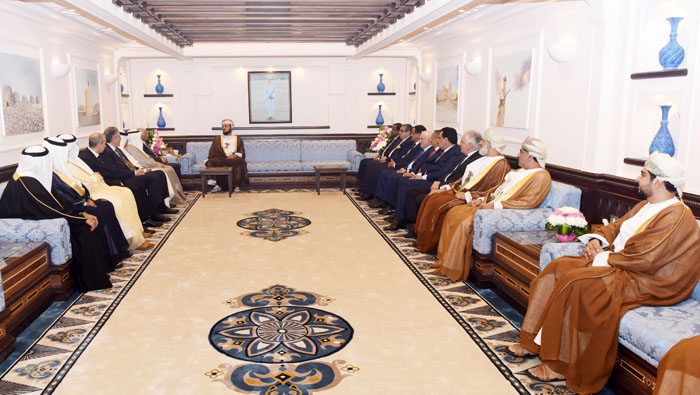 Muscat: His Highness Sayyid Asa’ad bin Tariq Al Said, Deputy Prime Minister for International Relations and Cooperation Affairs, Personal Representative of His Majesty the Sultan received in his office yesterday heads of delegations taking part in the 129th meeting of the Union of Arab Chambers, being hosted by the Sultanate.
Means of developing trade and investment relations among the Arab countries were discussed, in addition to strengthening economic ties that would develop performance of the private sector.
Sayyid Asa’ad affirmed the Sultanate’s role in providing all facilities for Arab investors, highlighting the good investment potentials in the Sultanate.
The meeting was attended by the Secretary General, the two advisors at Sayyid Asa’ad’s Office and Chairman of Oman Chamber of Commerce and Industry (OCCI).