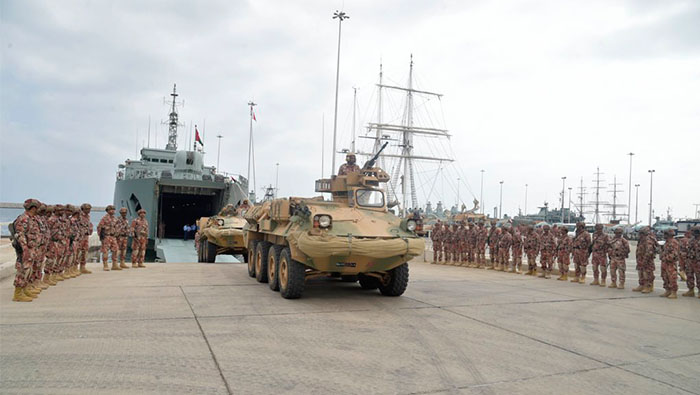 Muscat: A force from Muscat Battalion of the Infantry Brigade 23 of the Royal Army of Oman (RAO), accompanied by military vehicles, will head today to Kingdom of Saudi Arabia (KSA).
The force will leave from Said Bin Sultan Naval Base on board a Royal Navy of Oman’s (RNO) vessel to take part in the 10th Joint Exercise of the Peninsula Shield, which will be carried out from February 20 to March 14, 2019.
The exercise, which will be implemented by the GCC armed forces, aims at strengthening the existing military cooperation, besides unifying concepts and strategic military plans among the GCC countries.