Here's why Oman was recently honoured in Lebanon 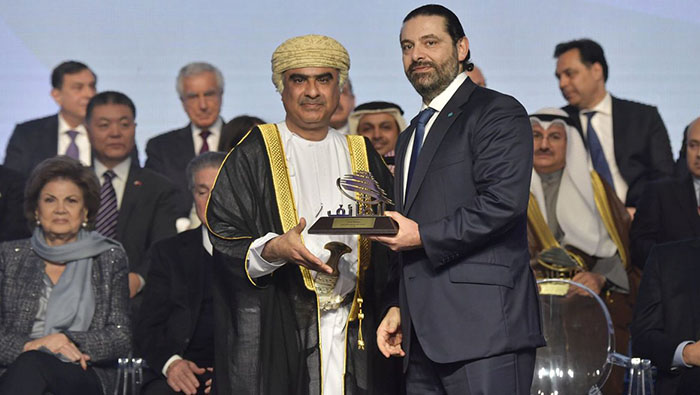 Muscat: Oman has been honoured by the Lebanese prime minister for its contribution and support to the education sector in Lebanon.
In a statement, Oman's Embassy in Beirut said, 'His Excellency Bader bin Mohammed Al Mandhari the Sultanate's ambassador in Beirut, received from Saad Hariri the Prime Minister of the Republic of Lebanon the Taif Sheild of Appreciation' to honour Oman for its contribution to the advancement, reconstruction and support of the education sector in Lebanon."
On Friday, January 25, 2019, the Al Naqeeb Adnan Al Jisr mixed school built in Lebanon by the Sultanate was inaugurated in Traboulsi.
The ceremony was held under the patronage of Saad Hariri, Prime Minister of the Lebanese Republic, Ambassador Badr bin Mohammed Al Mandhari and a number of ministers, political, social and religious figures.