No measles deaths in Oman despite worldwide spike: Ministry 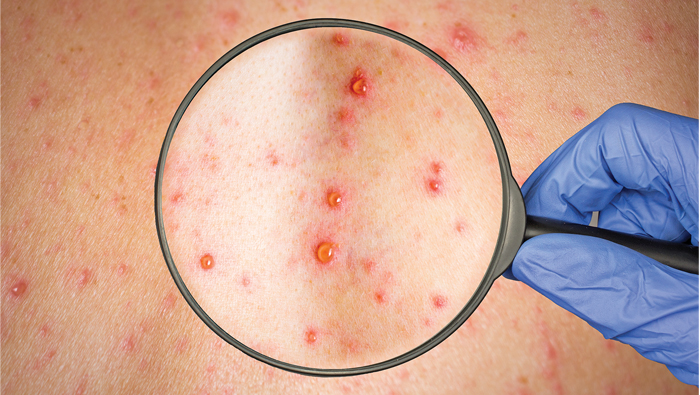 Muscat: No fatalities from measles cases have been recorded in Oman, despite a recent global spike in cases.
While the number of official cases also increased in the Sultanate, a massive Ministry of Health awareness campaign meant the potentially life-threatening condition did not claim a single life here.
The Ministry of Health’s vaccination campaign started early, after ministry chiefs spotted the alarming global trend.
Moreover, the ministry also managed to significantly reduce the number of measles cases in the Sultanate since its last major outbreak recorded in 2016-17.
An official from the Ministry of Health told the Times of Oman, “No measles-related deaths have been recorded in the Sultanate since the outbreak. All the patients have recovered from the illness and were discharged. Since the last nationwide campaign, the number of cases has drastically come down from 186 in 2016-2017 to 10 in 2018. In 2018, all the 10 reported cases were treated and there was no local transmission of measles.”
The ministry spokesperson added, “Oman’s Ministry of Health has taken a number of measures to prevent cases and future outbreaks in Oman, so as to achieve the elimination of measles and rubella by 2020.”
These include the achievement and maintenance of an immunity level of at least 95% of the population against measles at the wilayat level of each governorate through routine and/or supplementary immunisation, strengthening the disease surveillance of measles, sustaining the quality of laboratory surveillance systems for diagnosis, and a mandatory requirement of immunisation documents for the expatriate population. Periodic research activities to find immunity gaps and to take immediate measures to prevent outbreaks have also been undertaken by the ministry.
According to the World Health Organisation (WHO), measles is a highly contagious viral disease and is transmitted via droplets from the nose, mouth or throat of infected persons.
It said that an estimated 110,000 deaths took place worldwide in 2017 due to the measles outbreak, as countries stopped and scaled back their vaccination programmes, or did not take enough precautions in the first place. Nations across the world reported spikes in the outbreak of measles, with The Americas, the Eastern Mediterranean and Europe being particularly hard hit, as the Western Pacific was the only region to register a drop in measles cases.
“The resurgence of measles is a serious concern, with extended outbreaks occurring across regions, and particularly in countries that had achieved, or were close to achieving the elimination of the disease,” said Dr Soumya Swaminathan, Deputy Director General for Programmes at WHO.
“Without urgent efforts to increase the vaccination coverage and identify populations with unacceptable levels of under or unimmunized children, we risk losing decades of progress in protecting children and communities against this entirely preventable disease.”
While the Western Pacific Region has achieved its lowest ever incidence of measles and two countries were verified as having eliminated rubella, immunisation activities in the South East Asia Region averted an estimated 622,000 measles deaths in 2017.
However, 19.9 million children were under-vaccinated in 2017, four out of six regions experienced significant measles outbreaks and several countries and one region lost their measles elimination status. Measles outbreaks in 2017 led to the Americas losing their measles elimination status in 2018. Between 2000 and 2016, measles vaccinations prevented an estimated 20.4 million deaths.
Oman’s first measles vaccination programme began in 1981, and several additional plans are also being adopted to increase the coverage of immunisation, including a two-dose vaccination system, identifying and wiping out isolated measles cases, and the development of a high-quality case-based measles surveillance supported by a regional measles laboratory.
The Ministry of Health official said, “Oman entered the elimination of measles phase in 1996. Despite high vaccination coverage, small clusters of measles continue to occur mostly due to imported or import-related cases among the susceptible population in Oman. However, Oman has been successful in the interruption of endemic transmission within the country for more than a decade due to sustained high-quality surveillance and immediate prevention and control measures.”
The 2018 Assessment Report of the Global Vaccine Action Plan, which aimed at stopping the spread of several diseases, including measles, rubella, maternal and neo-natal tetanus and wild poliovirus, said countries had rolled back some of their vaccination programmes after being lulled into a sense of false security about the extent of how far their immunisation campaigns had spread.
“This year starkly illustrates how easily hard-won gains are lost,” said the report. “Because of low coverage nationally or pockets of low coverage, multiple WHO regions have been hit with large measles and diphtheria outbreaks causing many deaths.”
“To spur action, the Global Vaccine Action Plan set ambitious goals, and it remains the case that most targets will not be met by the end of the Decade of Vaccines in 2020.”
“Measles elimination took a step back in 2017,” added the report. “Although the incidence of measles has more than halved since 2010, it increased in 2017 from 19 to 25 cases per million, with increases seen in four out of six WHO regions. Significant outbreaks occurred across the globe, with a major outbreak in Venezuela, and also affecting other countries in the region of the Americas, which led to the re-establishment of endemic measles transmission in Venezuela.
The report further said, “Outbreaks in North America and Europe emphasise that measles can easily spread even in countries with mature health systems. Due to ongoing outbreaks, measles is again considered endemic in Germany and Russia. Measles outbreaks have been seen in countries reporting good national vaccine coverage, evidence of immunisation gaps and highlighting the need to ensure high sub-national coverage, particularly among the vulnerable population.”