Tour of Oman: Norwegian sprinter takes the lead in stage one 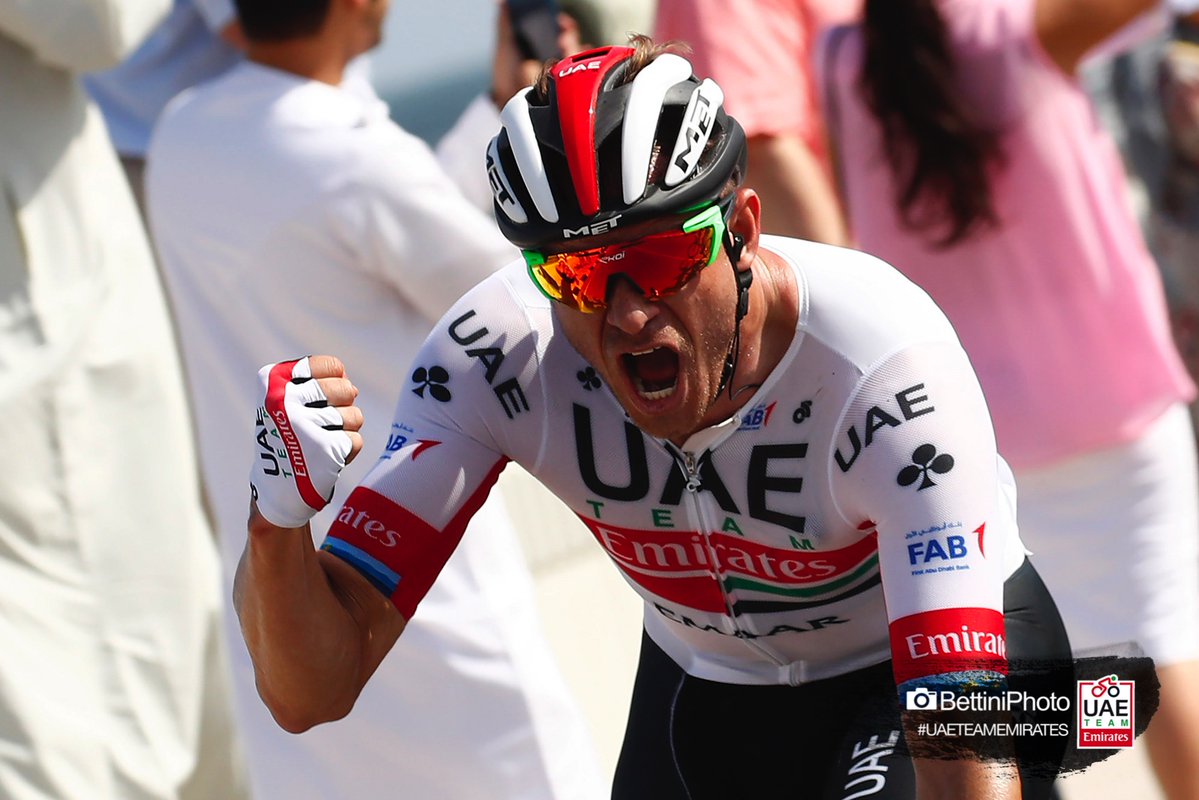 MUSCAT: The first stage of Tour of Oman kicked-off on Saturday in full swing while Alexander Kristoff from UAE Team Emirates was announced as the winner.
After covering a distance of 138.5 kilometres, Kristoff topped the sprint clocking in at 2h54m50s ahead of two Frenchmen Bryan Coquard from Vital Concept finishing at 2h54m54s and Nacer Bouhanni from Cofidis at 2h54m56s. The Norwegian, who has been participating in the race since it was created, dominated stage one and now leads the race. He wore the classification jersey after the win on Saturday – the ninth victory for him in Oman.
“Mercato and Bystrom did a good lead-out for me and put me in a good position. It was fast with a tailwind in the final straight, I was seated the whole sprint. I timed it well. I am proud of how the team worked. It was a very good team effort. We had a good start as Team UAE and I am happy to contribute to it and get my first victory of the year here in Oman,” said Kristoff.
The 10th edition of Tour of Oman, starting from Sawadi Beach in Barka had riders from 18 teams that took-off at 11:30am and passed through Wilayat Musanna, Khaboura, and Saham while ending in Suhar corniche.
His Excellency Abdullah bin Muhammed Al Bureiki, Wali of Barka inaugurated the first phase of the tour. 18 teams from Khazakhstan, Bahrain, United States of America, South Africa, Switzerland, United Arab Emirates, France, Netherlands, Spain, and Belgium are taking part in the race that will conclude on February 21.
The second stage, covering a distance of 156.5 kilometres, will take place today, February 17, at 11 am. Competitors will start from Wilayat Seeb, pass through the Batinah Costal Road and the Muscat Expressway, drive across Qantab, and end at Al Bustan intersection in Wilayat Muscat. Riders will face a number of elevated climbs, including in Fanja, Bausher, Al Hamriyah, and Al Jissah.