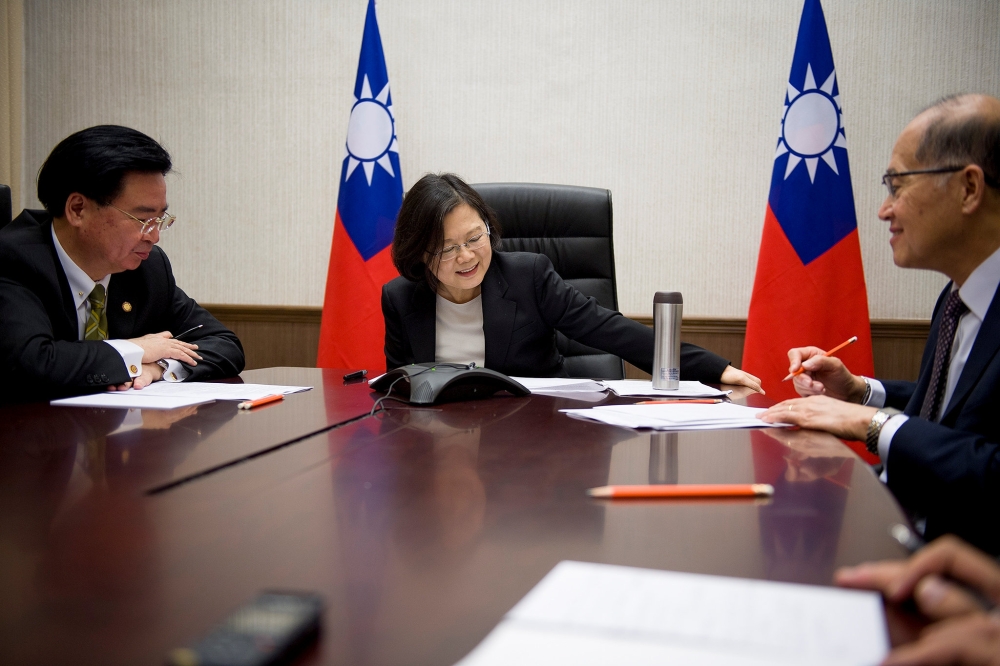 Much of lasting significance happened in 1979. There was the Soviet invasion of Afghanistan and Iran’s Islamic Revolution, which brought to power a regime set on remaking not just Iranian society but also much of the Middle East.
Just as important was the United States’ decision to recognize, effective January 1 that year, the government of the People’s Republic of China – then, as today, run by the Communist Party – as China’s sole legal government.
The change paved the way for expansion of trade and investment between the world’s largest economy and the world’s most populous country, and enabled closer collaboration against the Soviet Union.
Diplomacy was based on an intricate choreography. In three communiqués (in 1972, 1978, and 1982), the US acknowledged “the Chinese position that there is but one China and Taiwan is part of China.” It agreed to downgrade its ties with Taiwan and maintain only unofficial relations with the island.
America’s commitments to Taiwan were articulated in legislation (the Taiwan Relations Act) signed in 1979. The US stated that it would “consider any effort to determine the future of Taiwan by other than peaceful means of grave concern to the United States.”
The law stated that the US would support Taiwan’s self-defense and maintain the capacity to come to Taiwan’s aid. Left vague, however, was whether it actually would. Taiwan could not assume that it would; the mainland could not assume that it would not.
Such ambiguity was meant to dissuade either side from unilateral acts that could trigger a crisis. Together, the three US-China communiqués and the Taiwan Relations Act form the basis of America’s “One-China policy.”
This structure made for a winning formula. The mainland has enjoyed the most successful economic run in history, becoming the world’s second-largest economy. Taiwan, too, has experienced phenomenal economic success and has become a thriving democracy. The US benefits from the region’s stability and closer economic ties to both the mainland and Taiwan.
The question is whether time is running out. For many years, US policymakers worried that Taiwan would upset the apple cart: not content with the mere trappings of independence, it would opt for the real thing – an unacceptable outcome for the mainland.
Taiwan’s leaders appear to understand that such a decision would be a grave mistake. But they reject the notion of Taiwan’s becoming a part of China under its “one country, two systems” rubric – a formula that has done little to protect Hong Kong’s special status – and refuse to endorse language (the “1992 Consensus”) used by Beijing to describe the relationship between the mainland and Taiwan.
Now, however, stability is also being jeopardized by both China and the US. China is experiencing a significant economic slowdown. This makes Chinese President Xi Jinping potentially vulnerable, as Chinese leaders have derived much of their legitimacy from economic success. The concern is that Xi will turn to foreign policy to distract public attention from faltering GDP growth.
Gaining control over Taiwan would accomplish this. Early this year, Xi publicly reiterated China’s call for unification and refused to rule out the use of force. What worries some in the region is that it cannot be assumed that a US administration that is leaving Syria, is signaling that it will leave Afghanistan, and is regularly critical of allies will come to Taiwan’s defense.
The US also seems less protective of the diplomatic arrangements that have worked for the past 40 years. Before becoming President Donald Trump’s national security adviser, John Bolton wrote in The Wall Street Journal that it was “high time to revisit the ‘one-China policy.’” Trump also became the first president (or president-elect, as he was at the time) since 1979 to speak directly with Taiwan’s president.
Most recently, five Republican senators wrote to Nancy Pelosi, the Speaker of the US House of Representatives, urging her to invite Taiwan President Tsai Ing-wen to address a joint session of the US Congress, an honour almost always reserved for heads of government or state. Doing so would be inconsistent with America’s unofficial relationship with Taiwan and would elicit a strong mainland response.
All of this is not taking place in a vacuum. It comes at a time when the US-China relationship has reached a 40-year nadir, the result of trade frictions and US unhappiness with Chinese assertiveness abroad and increased repression at home. A good many Americans, in and out of government, want to send the mainland a message and believe there is little to lose in doing so.
It is far from clear that this calculation is correct. A crisis over Taiwan in which the mainland introduced severe sanctions, imposed an embargo, or used military force could threaten the autonomy, safety, and economic wellbeing of the island and its 23 million people. For China, a crisis over Taiwan could wreck its relations with the US and many of its neighbours and rock an already shaky Chinese economy.
For the US, a crisis could require coming to Taiwan’s aid, which could lead to a new Cold War or even a conflict with the mainland. A decision, though, to leave Taiwan to its own devices would undermine US credibility and possibly prompt Japan to reconsider its non-nuclear status and alliance with the US.
In other words, the risks for all concerned are high. It would be best to avoid symbolic steps that would be unacceptable to the others. The status quo is admittedly imperfect, but it is far less imperfect than what would follow unilateral actions and attempts to resolve a situation that doesn’t lend itself to a neat solution. - Project Syndicate