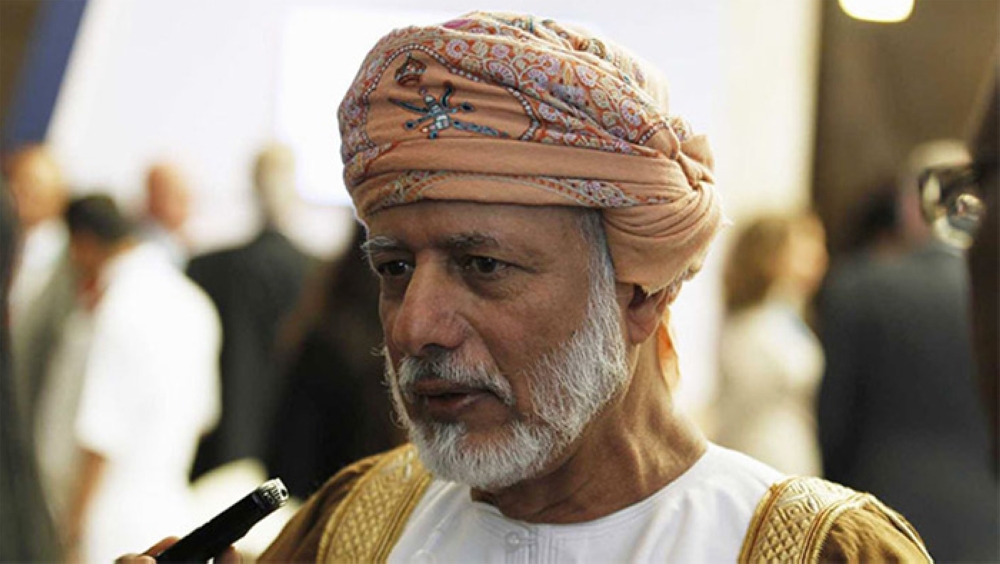 Muscat:Minister Responsible for Foreign Affairs Yousuf bin Alawi bin Abdullah said in an interview with the German TV Channel DW that the Sultanate’s policy is not biased and it follows what is right.
Alawi added the relation between the Sultanate and the Islamic Republic of Iran would continue.
“The Middle East is in need of peace, stability and development,” he added.
“There is a peace initiative between the Palestinians and the Israeli side with the participation of other parties. The process has managed to identify the rules on which peace and stability in the Middle East can be established,” Alawi added.
He said that the efforts of US President Donald Trump in creation of a qualitative shift in the Middle East issue focuses on political and demographic aspect.
Alawi reaffirmed that peace and stability would result in economic benefits for both sides and the region in general.
He pointed to the establishment of the Gulf Cooperation Council that can sort out any difference arising among the countries.