'Blue Economy' author has this to say about Oman's potential 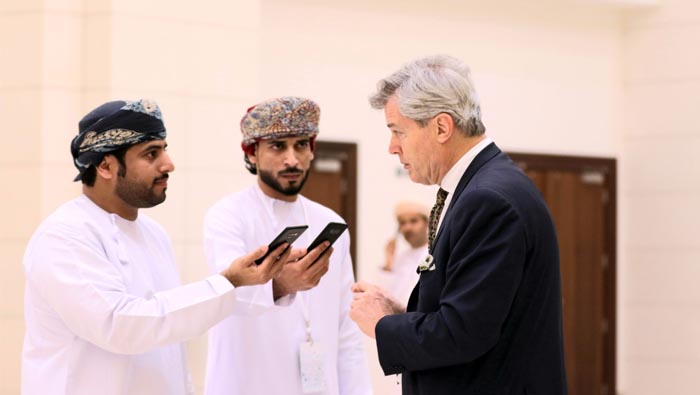 Muscat: Dr. Gunter Pauli, a participant in Ocean Economy and Future Technology Conference, and the author of “The Blue Economy” described the Sultanate as an “island of peace and stability,” especially among many “politically and geopolitical” waters.
“The Sultanate has great opportunities to invest in the blue economy,” he said. “48 years of stability is a crucial element that reflects the Sultanate’s pioneering role in the region as a mediator in resolving many global and regional issues.”
He added that the Sultanate’s government is tireless in using financial resources to achieve financial stability which reflects the Sultanate’s right direction in this regard.
He pointed out that the Sultanate’s long coastline is one of the exclusive economic zones of economic vision, in addition to its strategic location overlooking the Indian Ocean, which is considered a large area of economic exploitation, which needs to conduct further research to explore natural resources and exploitation of these areas in other economic projects related to ocean economy.
He explained that the Sultanate is able to enter the marine mining sector, which is an important sector of the Sultanate’s abundant coasts and its natural wealth that can be exploited economically in various sectors of industry, trade and even medical, in addition to the tourism sector.
Gunter said his book “The Blue Economy” addressed the challenges of countries in the ocean economy, which looks at the resources available to them.