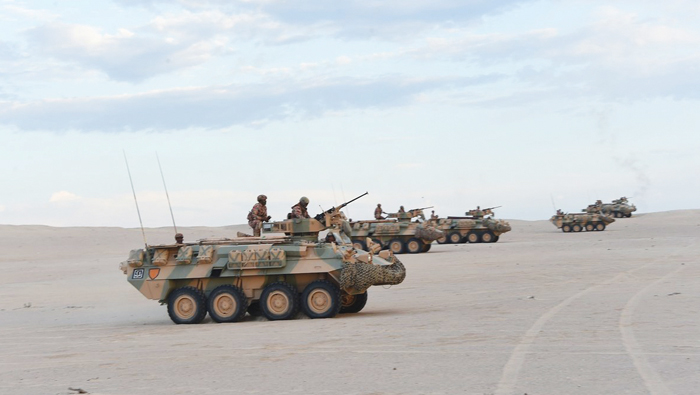 Muscat: The Sultanate’s navy and army concluded two joint military exercises on Wednesday, one that took place in the United Arab Emirates and another in Pakistan.
Under the patronage of the President of the Islamic Republic of Pakistan, the Royal Oman Navy concluded its participation in the International Maritime Exercise “Aman 19”.
The Sultanate, represented by the Royal Navy Vessel “Rahmani”, participated in this year’s exercise for the first time, along with 46 other countries.
Oman was the only Arab country participating in the exercise, which began on February 8, 2019.
The Royal Army of Oman also concluded on Wednesday, February 13, its participation in the Omani-Emirati joint military exercise ‘Tawaon 2”, which took place in the United Arab Emirates from February 3, 2019.
This was the second version of such an exercise, which comes within the context of the military cooperation between the two brotherly countries. The first exercise titled ‘Tawaon 1” took place in the Sultanate in the year 1997.
The final practical exercise included ground and air attacks by the Joint Infantry Forces, supported by the United Arab Emirates Air Force, represented by a number of Black Hawk Dab and the Mirage 2000 fighter aircraft to destroy and seize the enemy’s supposed targets.
The exercise demonstration plan, which was implemented in the fields of the ground forces, included a set of operational procedures with live ammunition, in order to achieve the training objectives envisaged by the exercise.
The ceremony was attended by Major General Matar bin Salim Al Balushi, Commander of the Royal Army of Oman, and Major General Saleh Mohammed Al Ameri, Commander of the UAE Ground Forces, and a number of senior officers of the Royal Army of Oman and UAE Ground Forces.