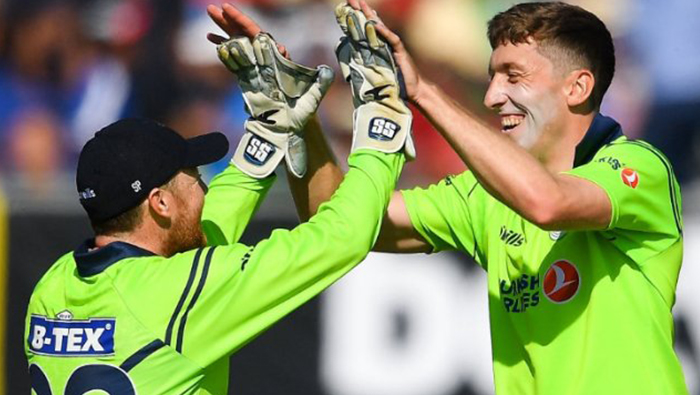 Muscat: Ireland defeated Oman by 15 runs in the second match of the T20 quadrangular series at the Al Amerat Cricket Ground yesterday.
Oman won the toss and elected to field first. However, the Irish put in a massive effort as they ended the innings with a score of 159-5 after 20 overs.
The Sultanate, chasing 160, would face formidable opposition from the Irish, particularly from the right-handed Peter Chase and the teenage sensation Josh Little. The 19 year-old from Dublin claimed Ireland's first wicket with Oman 24-1 after three overs.
Chase took their second wicket after five overs. Despite a strong showing from Oman's batsmen, particularly debutante Fayyaz Bhutt Ireland would go on to concede only 68 runs in the last 10 overs, leaving the Sultanate to fall 143-9.
Paul Stirling was named man of the match for a spirited performance that saw him end the game as the tournament's highest scorer after making 71 runs.
Ireland are now top of the table with two points courtesy of a superior net run rate of 0.75. The Dutch, who beat Scotland in the day's other match, are second.
Oman's next match will be against the Netherlands on February 15, 2019, while Ireland will face Scotland on the same day.