Leaders from Argentina, Lebanon and Spain outline their SDG strategies 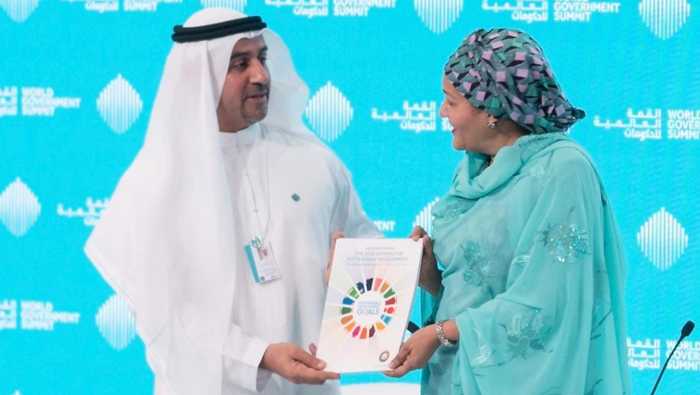 Muscat: Governments around the world are now placing Sustainable Development Goals (SDGs) at the heart of their future economic and political agenda to drive growth and to build stronger economies and drive recovery and renewal.
Speaking at the SDGs in Action Forum, senior government ministers and officials from Argentina, Lebanon and Spain outlined the actions they were taking to ensure sustainability has become a driving and coordinating force, both as a framework for recovery and to develop stronger public-private sector partnerships for shared goals and success.
Ghassan Hasbani, Deputy Prime Minister, Lebanese Republic explained the challenges his country was facing with the highest per capita refugee population at 40 per cent of any country in the world.
He said: “We are facing unusual circumstances.The refugee situation places a major burden on infrastructure.
In this backdrop, we have started to view SDGs as a necessary activity and prioritise them at the heart of the planning and economic recovery process.”
In Spain, the central government is working more closely than ever with regional authorities and local municipalities to ensure stronger and more coordinated actions.
Cristina Gallach, High Commissioner for the 2030 Agenda, Kingdom of Spain, explained: “SDGs are now at the center of Spanish political, economic and social policy for the future. At the central level we are working closely with the regions and our municipalities to achieve this priority and it is clear that our cities and their leadership play an important role in this process and will be fundamental to our success.”
In Argentina, the government is facing enormous challenges to rebuild and revive its economy for the future.
Alberto Gowland, General Internal Auditor, Argentine Republic, said: “We are now enduring a painful economic transition in Argentina and we have a great challenge to make the economy right.
But we have seen that SDGs today clearly match the objectives of the government.
From an audit perspective, we are now collaborating with the different government ministries to make sure they are working and applying the relevant SDG policies.”
Deputy Prime Minister Ghassan Hasbani said that the government policies have to ensure that they use SDGs as a core framework of recovery and not just as a bonus.
He added: “There is always a challenge in turning pledges into reality, but we are committed to achieving this by implementing the process with transparency in conjunction with partners and donors.
We have already met with 1,200 municipalities and, for the first time, have a blueprint of what is needed at every level in Lebanon to ensure we can make these actions happen.”
Meanwhile, from a Spanish perspective Christina Gallach outlined that the Prime Minister is powerfully committed to the success of the SDG process and ensuring that the ministers are collectively aligned to the sustainability goal given their positive impact on economic progress.
She said: “We have been able to put together an agenda for change in Spain and ensure we address major challenges and are also doing this by mobilising both the private sector and civil society.
Today companies in Spain are increasingly integrating a sustainable perspective to business planning.”
Collectively, the international delegates agreed that sustainable development is no longer something at the margins of government policy – but has now become an integral driving force for progress and something that every aspect of government policy must embrace for success in the future.
The three-day World Government Summit 2019 runs until February 10 at Madinat Jumeirah in Dubai.
The landmark event has gathered more than 4,000 participants from 140 countries, including heads of state and governments, as well as top-tier representatives of 30 international organisations.