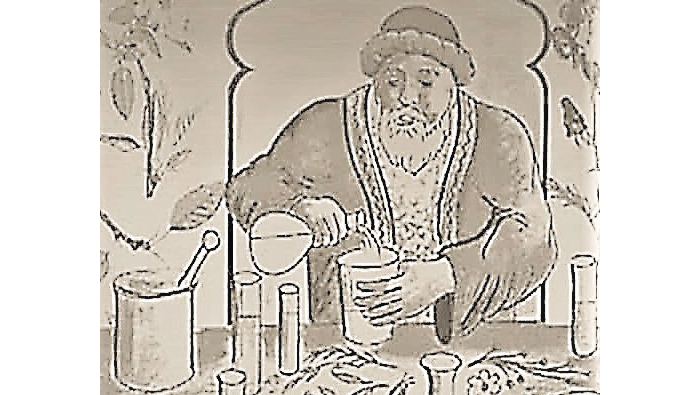 Muscat: Rashid bin Omairah Al Rustaqi is one of the prominent Omani personalities in the field of medicine and pharmacy. He has a great contribution in Oman over history.
He became famous in his time and distinguished by his shrewdness and work with great vigor. He was a skilled and famous physician who was able to treat many of the intractable diseases. He has many important works in the field of medicine that are still useful to this day.
Rashid bin Omairah Al Rustaqi was born in the sixteenth century AD in the village of “Aini” in the Wilayat of A’Rustaq. The remains of his house still exist near Ain Al Kisfah. He lived for more than 80 years, grew up amid a family that showed interest in medicine.
His father Omairah bin Thani was a physician, and his grandfather Thani bin Khalaf was also a physician. Many of his family members were physicians and scientists who attained a prestigious position in their time.
Dr. Hamid bin Saif Al Nawfli, Director of the Culture Sector in the Omani National Commission for Education, Culture and Science, said that the follower of the scientific biography of Rashid bin Omairah cannot but respect the history of this physician, who combined medicine, pharmacy, poetry and literature, as he was a well-known physician.
He transferred medical sciences through teaching and authoring. He was able to obtain many unique medicinal mixtures of rare natural herbs, said the Culture Sector in the Omani National Commission for Education, Culture and Science.
He added to the that one of the most important works by the Rashid bin Omairah is the book entitled “Minhaj Al Mutalimeen”, which is a response to his son Omairah in which he mentioned many diseases and treatment, such as heart disease, stomach, pulmonary, lung, uterus, bladder and other organs of the human body.
Another book is “Zad Al Musafir “, an important book in the field of medicine.
He has also explained poems in which he described in the main organs in the human body and the anatomy of the human body from head to foot, including “Man from Childhood to Old Age” and “Additions to Lami Poem in the Medicine of Rashid bin Khalaf”,” Places of Patients and Shelters of Travellers”, and other treasures of knowledge that he contributed to the scientific library and is still a manuscript.
Rashid bin Omairah was keen that his son Omairah to take advantage of his knowledge and medical experiences and his book “Minhaj Al Mutalimeen”, highlighted at the beginning a question from his son Omairah to the physician Rashid.
The most important content of his answer are approving, enabling advising and warning.
Rashid bin Omairah travelled to Bahrain, Baghdad and Al Qatif, to learn more and he met there with a number of physicians and benefited from their meetings and interaction.
This made him learn about many of the intractable diseases and methods of treatment and medication.
In the framework of the work of the Omani National Commission for Education, Culture and Science, to celebrate the bright history of Oman with its events and active personalities, and to highlight it nationally, regionally and globally, the UNESCO named Rashid bin Omairah Al Rustaqi as the most important Omani figure among the world’s most influential personalities in its global programme “Important historical and influential figures” at its 37th session of the General Conference in 2013. -ONA