SQU meet to focus on population and sustainable growth 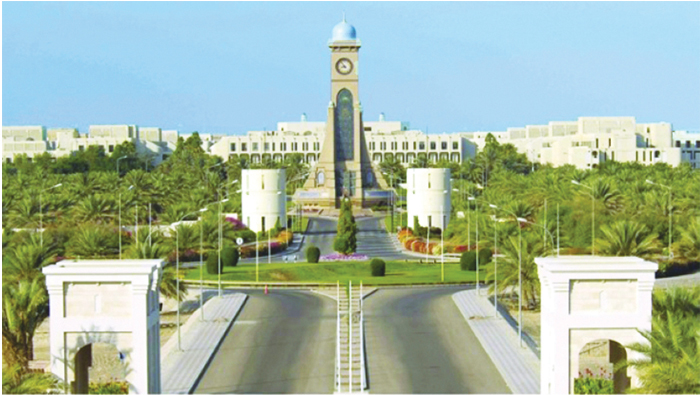 Muscat: The Omani Studies Centre at Sultan Qaboos University will organise an International Conference titled “Population and Sustainable Development in the Sultanate of Oman” from October 14 to 16, 2019, at the Conference Hall of the University.
Population issues are closely related to sustainable development; hence, it is one of the 17 main goals of the 2030 Sustainable Development Goals.
These goals have highlighted a number of population issues that require collective international, regional and local efforts, which, in turn, requires a comprehensive and in-depth understanding of these issues and their dimensions.
Some problems may arise locally, yet they may expand on a global level, such as refugees-related issues, illegal migrations and displacement due to natural disasters.
On the other hand, there are other population issues that are of a developmental nature, such as employment opportunities, social and cultural transformations, crime, population growth, population characteristics, population distribution, poverty rates, expats, pressure on services, pollution, urbanisation and internal migrations, etc.
These population issues have created a major challenge to both developed and developing countries because of the overlap of the factors that contribute to either the aggravation or the decline of these issues.
These factors include the political, economic and social factors. Thus, the policymakers have to work tirelessly to seek solutions to these issues and to look to the future to prevent the emergence of new issues or the aggravation of current ones. The transformations that are being witnessed by the world due to the Fourth Industrial Revolution require that planners take into account the dramatic change in the labour market.
This is mainly manifested in the disappearance of many jobs, due to the digital transformation solutions and machine replacement, the emergence of smart cities, cultural and social transformations, the growing ratio of the ageing population category, and the increasing aspirations of societies for greater well-being and other issues that require a comprehensive understanding to draw a future roadmap.
The absence of a comprehensive understanding of these issues and the failure to address them properly would lead to dire consequences on both individuals and the society.
Among these consequences are the threats to stability, the spread of poverty and crime, diseases, the weakness or collapse of basic services, the waste of human resources and the direct and indirect impacts on the national identity. In addition, the threat might extend to national security.
The proper handling of such issues requires a careful examination of population indicators, the analysis of the current situation and the planning for future scenarios. Local and regional reports, particularly in the Gulf region, indicate the emergence of some population issues that require to be studied and analysed.
The idea of organising this international conference, “Population and Sustainable Development in the Sultanate of Oman”, is to highlight the issues related to the population in the Sultanate, to be tackled from different perspectives and to provide possible solutions. In addition, the conference will try to present regional experiences, especially from the GCC countries, Arab countries, as well as international experiences.
The seven themes of the conference are: (1) The demographic status and the historical transformations in the Sultanate (the status and the solutions); (2) Population issues in the Sultanate (Reality, Future, Solutions); (3) The Omani demographic status in the international and regional indicators; (4) Population policies in the Sultanate and their role in reducing population issues; (5) The future of the Omani demographic status; (6) Regional and global population issues (problems and successful experiences); (7) The role of governmental and non-governmental institutions in raising awareness over population issues.