Pompeo tells allies US still committed to fight IS 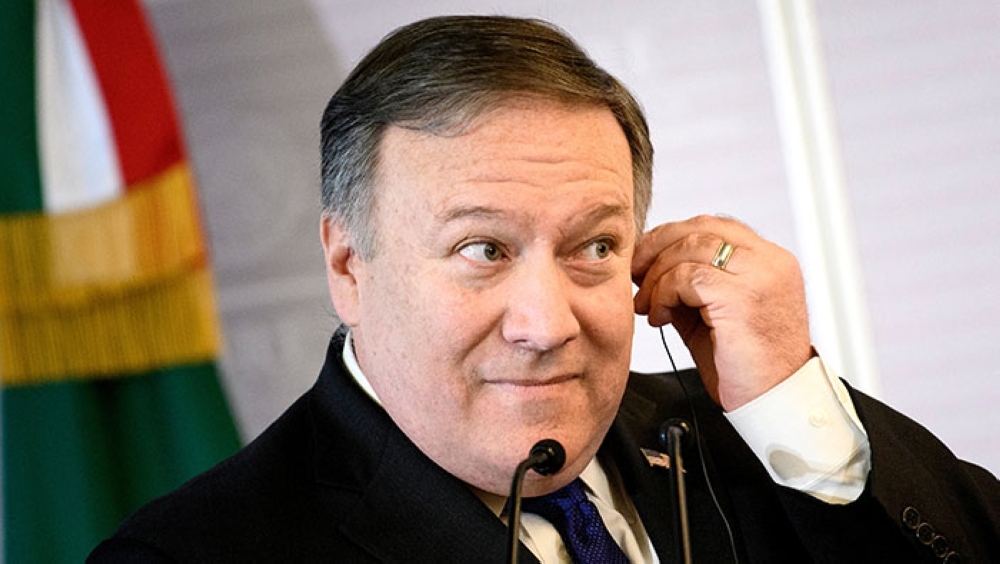 Washington: Secretary of State Mike Pompeo said on Wednesday that the United States remained committed to permanently destroying the IS group despite pulling forces from Syria, as he asked concerned allies to do more.
Pompeo offered assurances as top officials from 79 countries met in Washington on how to move ahead in the fight against the IS movement, also known as ISIS, after President Donald Trump's sudden decision in December to remove all 2,000 troops from Syria.
"America will continue to lead in giving those who would destroy us no quarter," Pompeo said.
"We ask each of your countries to stand with us and, through our efforts and God's help, the day will come when the permanent defeat of ISIS is a reality," he said.
Pompeo, one of Trump's most stalwart defenders, described the troop withdrawal as "essentially a tactical change" as extremists scatter around the world. "It is not a change in the mission," Pompeo said, adding "our fight will not necessarily always be military-led."
Trump, who will address the conference at the State Department later on Wednesday, stunned many allies by ordering the troop pullout, although the US military has slowed down the pace of the exit.
In his annual State of the Union address to Congress on Tuesday night, Trump renewed his pledge to avoid "endless wars" and said that nearly all of the once vast territory held by the "bloodthirsty monsters" in the IS group had been taken back.
But Trump's own intelligence chief has warned that the IS group, whose once-mighty stronghold in Syria is down to a narrow sliver of territory, would try to stage a comeback with a troop withdrawal.
Director of National Intelligence Dan Coats told Congress last week that the IS group still commands thousands of fighters in Iraq and Syria.
Hoping to avoid the worst outcomes, Pompeo asked US partners to step up intelligence-sharing and also to make up a $350 million shortfall in a fund intended to bring stability to Iraq.
"Now is the time for all of us, not just America, to put our money where our mouth is," Pompeo said.
He also renewed calls on countries to take back foreign fighters -- a sensitive issue for allies such as France and Britain which see little upside to bringing home hardened extremists, including militants behind videotaped beheadings that has sickened viewers around the world.
"Members of this coalition must be willing to take back foreign terrorist fighters, prosecute them and punish them," Pompeo said.
The Kurdish-led Syrian Democratic Forces, who were at the forefront of the battle that crushed the IS's self-styled "caliphate," have warned that they may no longer be able to guard prisons housing foreign extremists after the US withdrawal if Turkey attacks.
Turkey -- whose foreign minister, Mevlut Cavusoglu, is taking part in the Washington talks -- has been one of the few countries to cheer Trump's withdrawal.
Turkish President Recep Tayyip Erdogan, who spoke to Trump before the pullout orders, has vowed to crush the Kurdish fighters in Syria, linking them to separatists at home.
The talks in Washington are expected to look more closely at a proposal for a buffer zone on the Syria-Turkish border aimed at averting conflict.