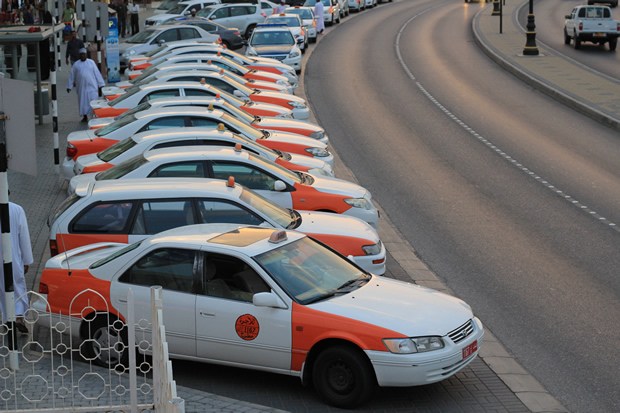 Muscat: Passengers and private taxi drivers can now agree on a specific rate if they are not satisfied with the metered fare, officials from the Ministry of Transport announced. However, taxi drivers will still need to turn on their meters to ensure a fair rate and to avoid price gouging.
A spokesperson for the Ministry of Transport told the Times of Oman, “We implemented taxi meters to eliminate wrong practices, such as price gouging, but if the rate reflected in the meter is high, and if the passenger reaches an agreement with the taxi driver, he/she is free to pay a different rate. However, running the meter is compulsory.”
“We are regulating the sector to protect people, but at the same time, the government does not want to over-regulate or stop people from paying prices they agree on,” the official added.
Abdullah Al Harthy, a taxi driver in Ibra, said to the Times of Oman, “I was worried about how these rates work and whether they would turn out to be too expensive for customers or if the price would be too low to sustain taxi drivers. The ability to have the meter but decide on rates privately if the price is too high for the customer, solves these issues.”
David Bensen, an expat in Oman, added, “Meters are a safety net because on many occasions, tourists don’t know how much they should pay. In Oman, some people don’t know how to negotiate on prices.”
“Taxis have to be affordable, so the ability to have a meter but still agree with the taxi driver on a different fee can make taxis more convenient,” he added.
Ministerial decision
The Ministry of Transport and Communications had said, “The Ministry would like to answer queries about Ministerial decision 195/2018 regarding the rates of private taxis (orange and white taxis). Turning on the meter is considered compulsory and must be done in order to operate a taxi, in order to protect both the passenger and the driver, unless the two agree. Those who do not turn on their meters will be penalised,” the statement added.
According to the decision, customers will be charged 130 baisas per kilometre travelled, in addition to 300 baisas as service charge, which will be activated when customers sit in the taxi. However, if the fares are less than OMR1, then a flat fare of OMR1 is applicable.
The regulations include a fine of OMR50 for failure to run the meter, OMR200 for removing the meter altogether and OMR50 for using a vehicle with shabby interiors or exteriors.