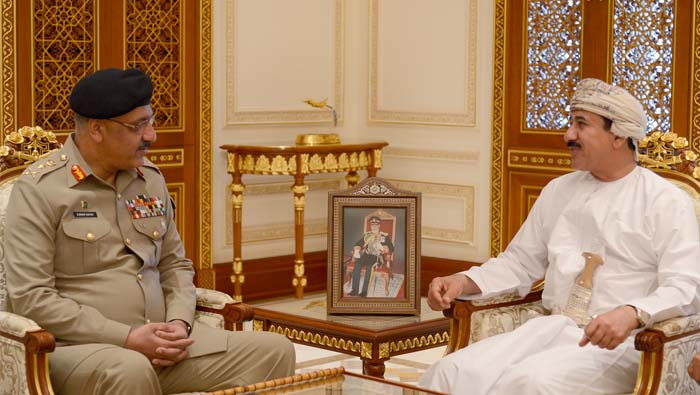 Muscat: Gen. Sultan bin Mohammed Al Nu’amani, Minister of the Royal Office received in his office here yesterday General Zubair Mahmood Hayat, Chairman Joint Chiefs of Staff Committee in the Islamic Republic of Pakistan and his accompanying delegation, currently visiting the Sultanate.
Gen. Al Nu’amani stressed the deep relation between the Sultanate and the Islamic Republic of Pakistan. On his turn, the Pakistani guest commended the bilateral binding his country with the Sultanate.
The meeting discussed means of promoting and enhancing areas of cooperation between the two friendly countries and discussed a number of issues of ommon concern. The meeting was attended by Chief of Staff of the Sultan’s Armed Forces and the Pakistani Ambassador to the Sultanate.