Here’s where the next Mars simulation mission will be held 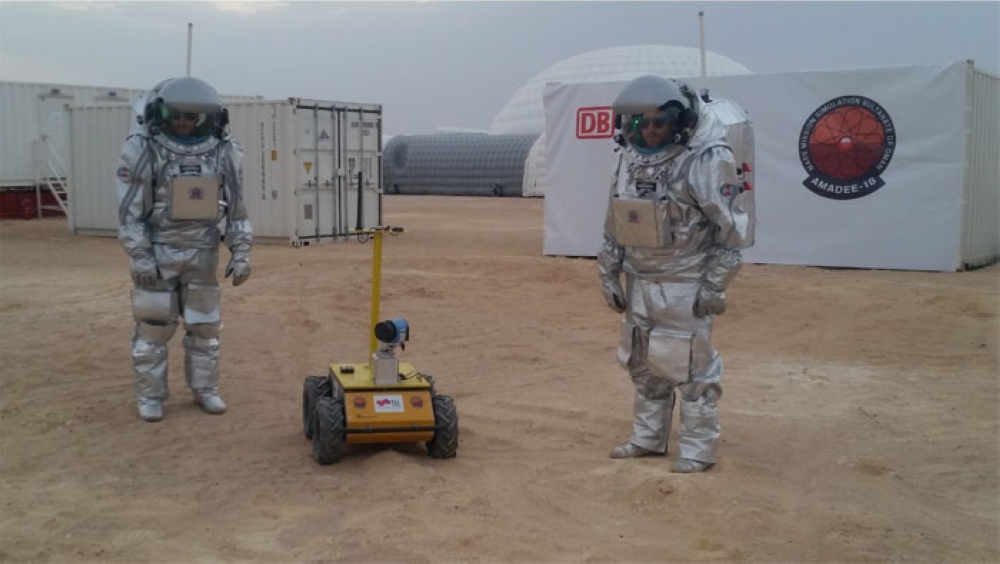 Muscat: Having held their latest Mars mission in Oman, the Austrian Space Forum will be holding their next simulation mission of the Red Planet in Israel.

Titled AMADEE-20, the expedition will see scientists, astronauts and researchers from the Austrian Space Forum (OeWF) will travel to the Negev Desert in Israel in 2020, to carry out experiments ahead of a first-ever manned mission to Mars.

The simulation missions will be carried out in collaboration with the Israel Space Agency, which is part of the country’s Ministry of Science and Technology.

“I am delighted that the Austrian Space Forum and the Israel Space Agency will cooperate to realise this Mars-Analog-Mission, an enterprise under Austrian leadership,” said Sebastian Kurz, the Austrian Chancellor. “This will further contribute to the economic cooperation of our two countries and is a success for Austria as a centre of technology.”

**media[999162]**
AMADEE-20 will be the next Mars simulation to be held after a similar mission was held in the Dhofar Governorate of Oman in February 2018. Titled AMADEE-18, it saw scientists from the European Space Agency, OeWF and several other contributing universities camp out in the Omani desert on the outskirts of the town of Marmul in Dhofar for an entire month.

Cut off from the outside world and based in an area so remote that there was no cell phone coverage to speak of, a number of breakthrough experiments were conducted, including one which tested the viability of growing crops in a portable greenhouse.

Other experiments included successful testing of buggies that will be driven by the astronauts on Mars, the testing of the Husky Mars Rover, which conducts 3D laser mapping of the surrounding terrain, drones that use echolocation to find water, and field tests of the Aouda spacesuit, the only astronaut suit that is currently in development by European organisations.

This simulation of a human mission to Mars will take place under Austrian leadership. From mid-October to mid-November 2020 a team of six analogue astronauts will test procedures and experiments that shall enable future Mars explorers to detect traces of life on the Red Planet. The highly trained analogue astronauts will work in isolation, assisted by the Mission Support Centre in Innsbruck, Austria. Science institutions are invited to submit their experiment proposals to take part in the Mars Analog Mission by the 4th of March 2019.

Dr Gernot Grömer, Administrative Director of the Austrian Space Forum and AMADEE-20 mission-lead, said: "Today's signing of our Memorandum of Understanding marks a major milestone in the preparations for our four-week-mission in the Negev desert. With AMADEE-20 we will increase the fidelity of our Mars mission simulations even further as our analogue astronauts will perform all experiments on their own without the assistance of a field-crew."

During earlier missions a small field-crew was stationed on the test site to support the analogue astronauts in preparing and maintaining the equipment used to conduct the experiments. AMADEE-20 will see the six highly trained analogue astronauts carry out these tasks on their own, directed by the Mission Support Centre in Innsbruck, Austria. Emulating the exploration of the Red Planet the Mission Support Centre will provide the mission’s detailed schedule, the so called flight plan and relay the data obtained in the field to participating science institutions all around the world.