Eight killed in firefight between Philippine troops and terrorists 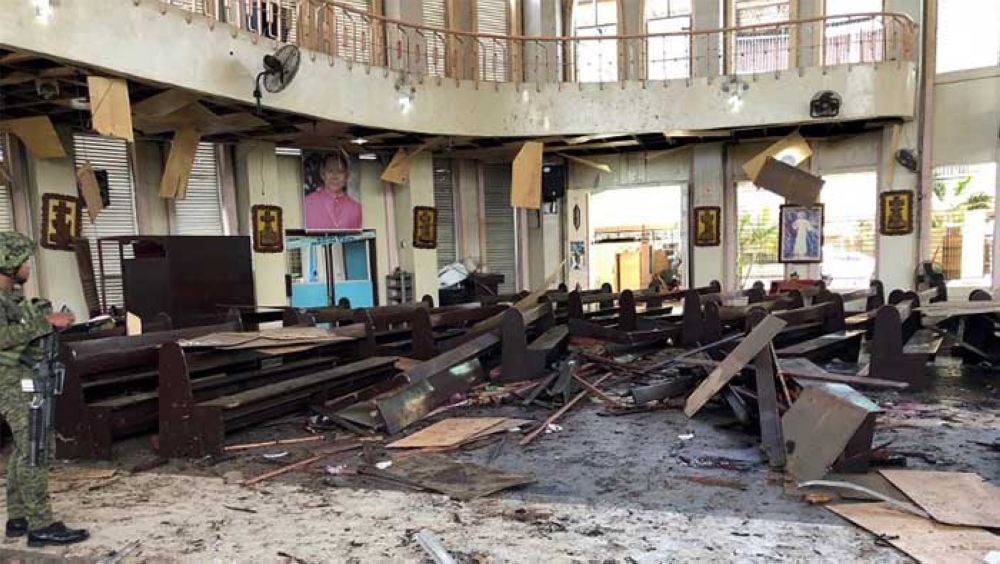 Manila: A "fierce firefight" on Saturday killed five Philippine soldiers and three militants from the notorious terrorist group suspected of this week's deadly cathedral bombing in the nation's restive south, the military said.
The soldiers battled the Abu Sayyaf militants on the southern island of Jolo, which is the group's stronghold as well as the site of dual bomb attack on January 27 that killed 21 people at Sunday mass.
After the cathedral bombing, President Rodrigo Duterte singled out the kidnap-for-ransom group — which has previously been blamed for some of the Philippines' deadliest attacks — and ordered the military to "crush" them.
"It was a fierce firefight", regional military spokesman Lieutenant Colonel Gerry Besana told AFP, confirming the death toll. "It went on for nearly two hours."
Philippine officials have theorised in public that the cathedral attack was the work of at least one suicide bomber, but have also conceded they have not been able to confirm their suspicion.
The IS terrorist group claimed responsibility for the cathedral blast.
Abu Sayyaf has multiple factions and affiliates — some of which have pledged allegiance to IS. Authorities have said they suspect an Abu Sayyaf-linked faction carried out the cathedral attack.
The bombing came just days after voters' resounding backing for giving the Muslim minority in the south more control over their own affairs, seen as a significant step toward bringing a measure of peace to a region battered by decades of separatist strife.
The Philippines was shaken again on Wednesday when a grenade attack on a mosque killed two people, spurring concerns it was an act of retaliation. Authorities have said they have not linked the two assaults.