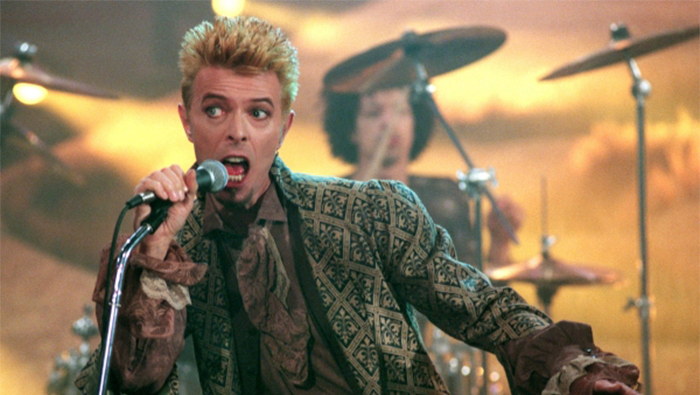 London: A new documentary about the late British rock star David Bowie reveals judges at an early audition considered him "amateur-sounding" and "devoid of personality".
Producers of the film "David Bowie: Finding Fame" trawled the BBC's archives to unearth the scathing written verdicts from a 1965 "talent selection group" at the broadcaster.
The panel had reviewed a three-song audition by "David Bowie and the Lower Third" — one of many bands he featured in during his decade-long rise to fame in the 1960s.
"The singer is a cockney type but not outstanding enough," the judges wrote, using the term for an East London native, according to previews of the new film to air on British television next week.
"There is no entertainment in anything they do," they added of the band. "It's just a group and very ordinary, too, backing a singer devoid of personality."
The 90-minute documentary is the final instalment in a trilogy about Bowie by filmmaker Francis Whatley.
It includes previously unseen photographs and interviews with Bowie's friends, collaborators and lovers as he tried to kickstart his career in the early '60s.
Researchers also found footage previously thought lost of the singer debuting his Ziggy Stardust persona — film described by Whatley as "a Holy Grail" for Bowie fans.
It was made a month before his seminal "Starman" performance on the BBC's Top of the Pops show in 1972, which is considered a watershed moment in musical history.
The footage, captured by a fan on a home video recorder, has degraded and is being slowly "baked" in an incubator in a restoration bid.
"It would fall apart if we played it, so it's had to be very carefully restored," Whately told Radio Times magazine, noting it may not be ready in time for inclusion in his documentary, which airs February 9.
"It will be a real coup if it comes off," he added. "For fans, it is something of a Holy Grail."
Bowie eventually achieved stardom as a solo artist when he released "Space Oddity" about the fictional astronaut Major Tom in 1969.
He went on to earn a reputation as one of the most innovative voices in rock over a half-century career in which he experimented with soul, disco, jazz and ambient music.
Bowie died in 2016 from an undisclosed battle with cancer, two days after releasing his final album "Blackstar" on his 69th birthday.