Oman-Qatar trade jumps by more than 100 per cent 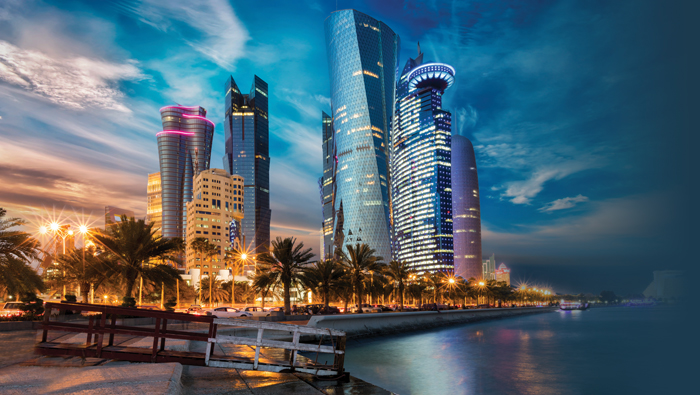 Muscat: Trade between Oman and Qatar has increased by more than 100 per cent in 2018 compared to the past year, data released by the Sultanate’s government has shown.
According to data from the National Centre for Statistics and Information (NCSI), Oman’s non-oil exports to Qatar have risen by a massive 118.3 per cent. Data revealed that non-oil exports from Oman to Qatar were valued at OMR283.6 million at the end of September 2018, up from OMR 129.9 million at the end of September 2017.
Imports from Qatar also grew by 440 per cent to OMR246.8 million during that period. Industry experts and financial analysts in the country say that the mutual benefits Qatar and Oman provide each other will lead to long-term, more sustainable trade relations in the future. Chief among the many benefits of the growth in trade between both countries is a surge in port activity.
Among those to have benefited is the Port of Duqm, perched on the edge of a planned city that is expected to one day become the heart of Oman’s non-oil future.
Reggy Vermeulen, CEO of the Port of Duqm, said, “The impacted ports that have made the majority of this increase are Sohar and to a lesser extent Salalah. With regards to the Port of Duqm, we have seen an increase in cargo to Qatar mostly focused on the export of minerals for the construction sector.
“There has indeed been an increase but due to perhaps the fact that we are younger, that has been limited to minerals and limestone dolomite,” he explained.
“Given its importance as a major trading partner of Oman, increasing trade between the Port of Duqm and Qatar is definitely a direction we are working towards.”
The growth in non-oil exports to Qatar reflects Oman’s overall growing performance as a hub linking markets in the Middle East, Asia, and Africa.
Sohar Port and Free Zone’s own development underlined the significant progress made by the Sultanate in the logistics sector.
Last year, the port handled an average of 1.2 million tonnes of cargo. Dry bulk and liquid bulk throughput increased by 14 per cent as compared to 2017 and Sohar Port and Free Zone received 3,443 vessel calls in 2018, marking a significant increase of more than 12 per cent.
Mark Geilenkirchen, CEO for Sohar Port said, “The food cluster at Sohar Port and Free Zone has arguably been one of our most prominent projects, especially given the massive potential of the food industry, both in upstream and downstream businesses. This project will drive further integration between the port and free zone complex. The aim of this cluster is to promote the entire value chain of food processing and logistics support within the expanding multibillion-dollar regional food industry.
“In addition to the new flour mill and grain silo complex, the Sohar food cluster will also house a sugar refinery, with packaging and distribution facilities planned in the future,” he added. “
The cluster will enable us to attract significant business in the coming years and is complemented by a dedicated deep-water berth and agro-terminal for the fast and efficient movement of foodstuffs within the Port.”
Business expert Shahdad Lateef said about the growing exports to Qatar, “Oman is able to benefit from its close to location to other GCC states and strong bilateral ties with countries around the world. This is a clear example of that. Given Oman’s good political relationship with Qatar, this has created an environment mutual investments and business ties are growing.”
“The growth we are seeing in the GCC overall is indicative of a highly competitive market,” he added.
“This has presented Oman with a great opportunity to enhance its export initiatives on a larger scale so that non-oil revenues continue grow, a must given the current instability in the oil market. This will also be an opportunity for Oman to create more jobs and nurture the development of manufacturing, industry, finance, and services.”
In this context, Ahmed Al Hooti, a board member of the Oman Chamber of Commerce and Industry, said, “Most of our companies try to cover our market and the Qatari market at the same time. Today the demand in the Qatari market is high. Of course they need more products more food and so on. I believe it could remain at the same level this year.”