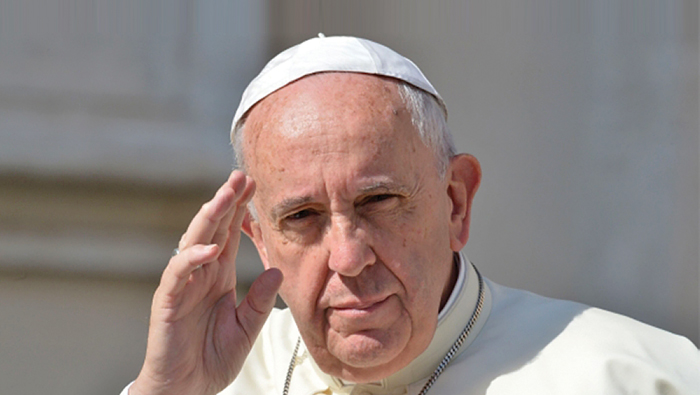 Muscat: Hundreds of residents from Oman will be travelling to the UAE to attend the first-ever visit of a Pope to the Arabian Peninsula.
Pope Francis will be coming to Abu Dhabi on February 3, as part of an invitation from Sheikh Mohammed bin Zayed Al Nahyan, the Crown Prince of Abu Dhabi, as part of the International Interfaith Meeting on Human Fraternity.
He will be holding a special mass on the afternoon of February 5, at Zayed Sports City Stadium, and churches in Oman have given more than 400 special passes to those who want to see him on that day.
“Now, we have already given the passes to those who had requested them, and across Oman, we have given more than 400 passes to those who have asked for them,” said Fr Bijo Kudilil, priest of the Ruwi church in Muscat.
“We had only some 250 passes with us here in Ruwi, because we have four churches here in Oman, but now, it is no longer possible to get them.”
“We have given people passes, but they will be going themselves, either by flight or car,” he added.
“We had made announcements in the church, where we asked people to register themselves for these passes in the office, so they could come and take it from the office. We did not charge anything for these passes, but the people travelling to the UAE have booked their own tickets and visa.”
Pope Francis, whose full name is Jorge Mario Bergoglio, and hails from Buenos Aires in Argentina, will be the first ever pope to visit the GCC, and in anticipation of this, the UAE’s Ministry of Human Resources and Emiratisation has announced a holiday for all private sector workers who wish to attend his mass on February 5.
“Of course, people will be happy to see him, but the only difficulty we have is that there are limited opportunities available for people from here to go see him, because the mass with the public audience is being held in a stadium, and the seats are limited,” explained Fr Bijo. “The people who are going are happy about it, but there are many who will not get to see the Pope.”
He added, “I will also be travelling on Sunday. I am really happy about this because he is coming to the Middle East and this is a really historic moment, so we are all happy about it. This will be his first visit to the Middle East, and I don’t think any other Pope has come to the Middle East.”
In addition, Bishop Paul Hinder, the Apostolic Vicar of Southern Arabia for the UAE, Oman and Yemen, which represents the Catholic Church in these three countries, hoped that the Pope’s visit would lead to a greater understanding and tolerance of people of different faiths.
“May the visit be an important step in the dialogue between Muslims and Christians and contribute to mutual understanding and peacemaking in the region of the Middle East,” he said. “We are happy and grateful that Pope Francis accepted the invitation of His Highness Sheikh Mohammed bin Zayed Al Nahyan, the Crown Prince of Abu Dhabi. At the same time, the visit is also an answer to the invitation addressed to Pope Francis by the Catholic Church in the UAE.
Hinder went on to say, “A public mass will be celebrated by Pope Francis in Abu Dhabi on the morning of Tuesday. Arrangements are being made in order to make it possible for a maximum number of our faithful to participate in this historic event. Let us keep in mind that it will be the first visit of a Pope to the Arabian Peninsula.”
He also asked people attending the Pope’s mass on Tuesday to cooperate with the security team and organisers while they were at the venue.
“I ask that we respect and cooperate with the instructions of the special team from our church which is being put in place for the visit,” added Hinder. “The team will work closely with the government to ensure this visit goes smoothly and according to plan. I wish that the short visit is a moment of deepening our faith and our adherence to the bishop of Rome, who is the head of the college of all bishops. Please pray that the visit will be a spiritual event. Pray for the rulers of this country who make the visit possible.”
Practising Christians in Oman who intended to travel were also delighted to see the Pope.
Leslie Thomas said, “This pope is open to new ideas and new thoughts, which is different from the way things have been done in the past. I think that the more we learn about other people’s culture and beliefs, the more we understand and the more tolerant we become so this is a really important step.”
“My family and I are all going to see Pope in Abu Dhabi,” added Steven Dias. “It is a really important moment in this part of the world and we are truly blessed to be able to go and see him .”