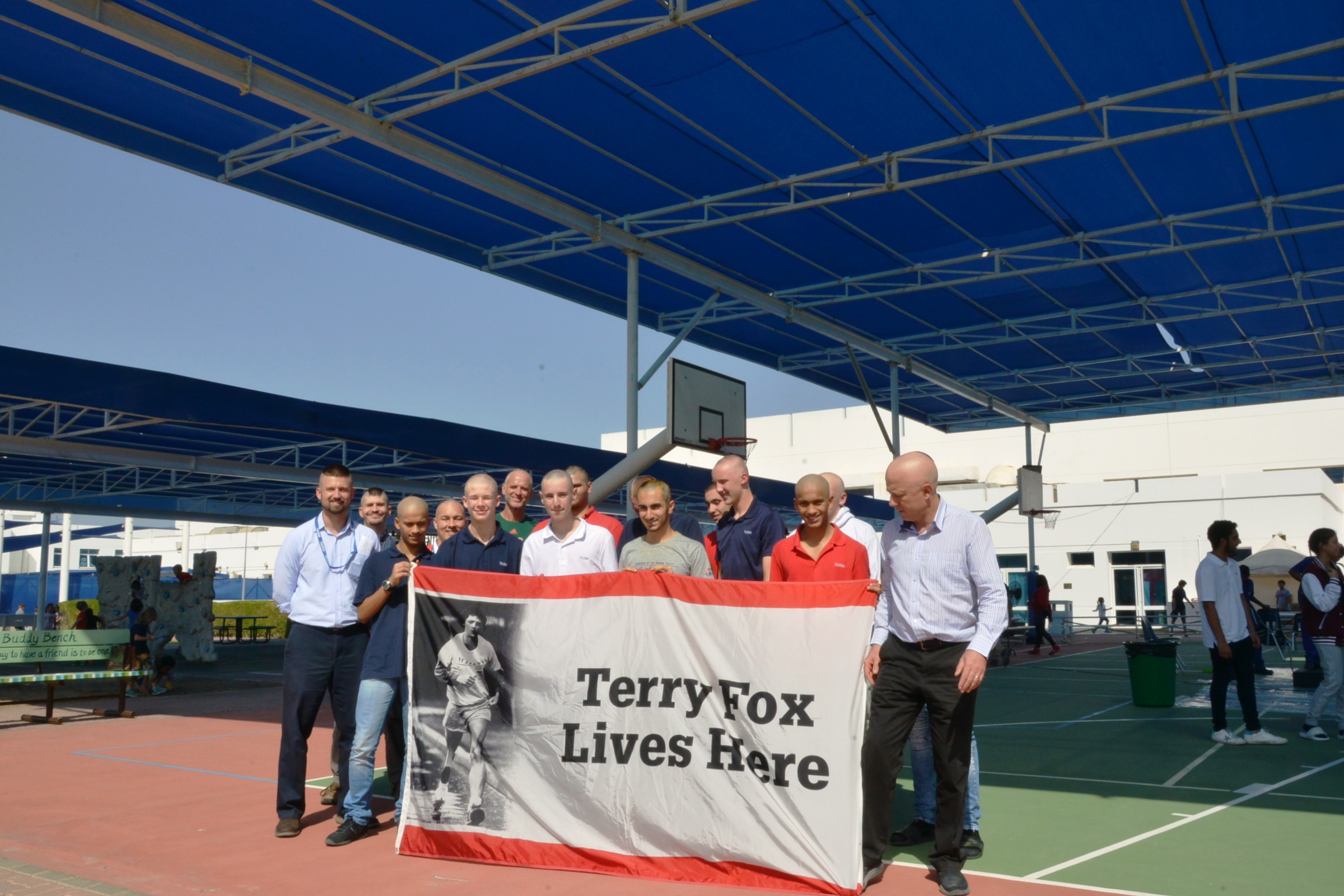 Muscat: The 12th annual Terry Fox Run raised OMR4,000 for cancer research. The event, organised by The American International School Muscat (TAISM), was titled “From the Heart”. This year’s run, which took place on January 24, witnessed the participation of 1,000 teachers, students and their parents, with 20 students going bald to express solidarity with the cancer victims. The run has become a tradition for the school’s staff and students over the past years, making it a much-anticipated activity in the school calendar. The aim is to create awareness about cancer in a hopeful and uplifting manner and to raise funds to improve treatment for children with leukaemia in Oman. One of the major fundraising activities for the Terry Fox Run 2019 was the sale of specially designed t-shirts priced at OMR6. Proceeds from the t-shirt sales and other funds raised through the various activities around the run will be donated to the National Cancer Database at the Sultan Qaboos University Hospital (SQUH), which has been a major driver for cancer research in the country. This year’s run was able to generate over OMR4,000 towards the cause. The Terry Fox run at TAISM was initiated by Joel Nelson, a former physical education teacher at the school, who was inspired by Terry Fox, a Canadian athlete who in 1980 ran across his country with an amputated leg to raise funds and awareness for cancer research. “The run only happens for a day; however, we educate students about cancer and the idea behind the run from a few weeks prior to the actual event. We also tell them where the raised money is going and how will it help change things for the better,” said Laura MacDonald, a health teacher and organiser of the run at TAISM.