This is when the Mall of Oman is expected to open 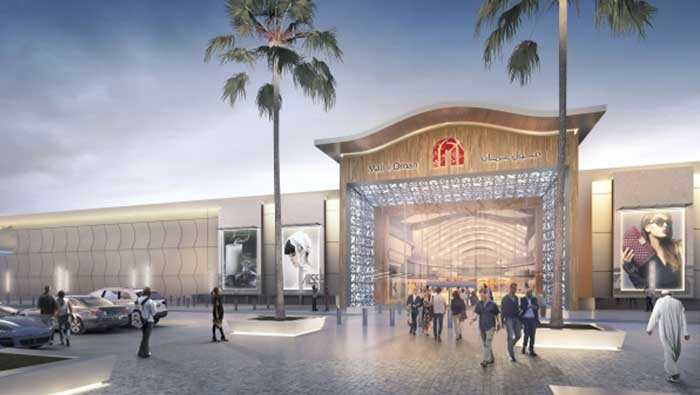 Muscat:The opening of the highly anticipated Mall of Oman has been pushed back to the first quarter of 2021, according to developers Majid Al Futtaim.
Speaking to Times of Oman, Majid Al Futtaim CEO Alain Bejjani stated, “It will open in Q1 2021,” a year later than the original 2020 opening date.
Bejjani added, “It is progressing very well, there is nothing that’s happening other than the usual business delays. For example, we opened Sohar on January 22, but actually, it had some delays in its timelines but this is expected in big projects such as this one.”
He confirmed that the work was already 50 per cent complete, stating, “We are very excited about the Mall of Oman because we just surpassed the 50 per cent mark in terms of completion and leasing.”
“Mall of Oman”, he said, “will have 350 outlets, a snow park, and it will bring a totally new lifestyle experience to Oman and Muscat that will be unparalleled.”
The mall will be the fifth one opened by the company in the Sultanate following the recently inaugurated City Centre Sohar, My City Centre Sur, City Centre Muscat, and City Centre Qurum.
In 2018, the company posted an eight per cent growth in revenue. Reflecting on the year, Bejjani added, “2018 was a challenging year, we had a lot of macro-economic headway. We are very proud that we have been able to maintain our top line growth, as well as our bottom line growth, so we did not sacrifice profitability for revenue growth, which was very important. And this is a testimony to the resilience of our business and to the soundness of our economic model that is diversified both in terms of business, as well as in terms of geography.”
On a regional level, Majid Al Futtaim also welcomed 192 million visitors to its malls last year, a four per cent year-on-year rise.
The CEO is optimistic 2019 will be a major year for them in Oman. “The year 2019 is an important year for us in Oman because we just opened City Centre Sohar and we hope that it will do very well; we opened City Centre Sur in 2018 and that is doing very well. Mall of Oman will see very important progress in 2019, people will really see it coming together much more visibly, including the snow park that is going to be a great addition for Oman, and we will also be launching work on the ground in Madinat Al Irfan,” he asid
In addition to its significant investments in the country, Majid Al Futtaim is also a major employer of Omanis. “We do that because we believe in the competitive advantage that hiring locals in every country brings to the company in terms of competitiveness and understanding the market. And we are very proud of our Omani colleagues and our local colleagues everywhere in this region because they are the ones who make our company much more competitive and much more in touch and in-sync with the market.”