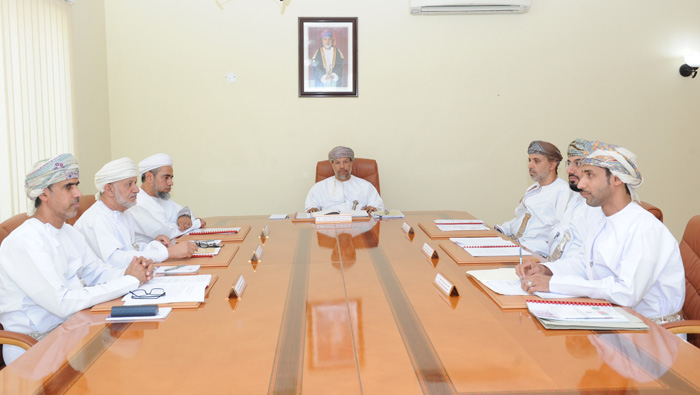 Muscat: The Supreme Committee for Elections of Majlis Al Shura for the 9th Term yesterday held its first meeting at their headquarters under Dr. Khalifa bin Mohammed Al Hadhrami, committee Chairman and vice president of the Supreme Court.
Poll preparations, the committee’s authority and powers set forth in the Law of Elections of Members of Majlis Al Shura were among the main issues discussed.
Formed by decision No. 5/2019 issued by Sayyid Hamood bin Faisal Al Busaidi, Minister of Interior, the panel is empowered to supervise elections and settle related appeals. It also supervises the election committee and does follow-up on the decisions and circulars of the main election panel. -ONA