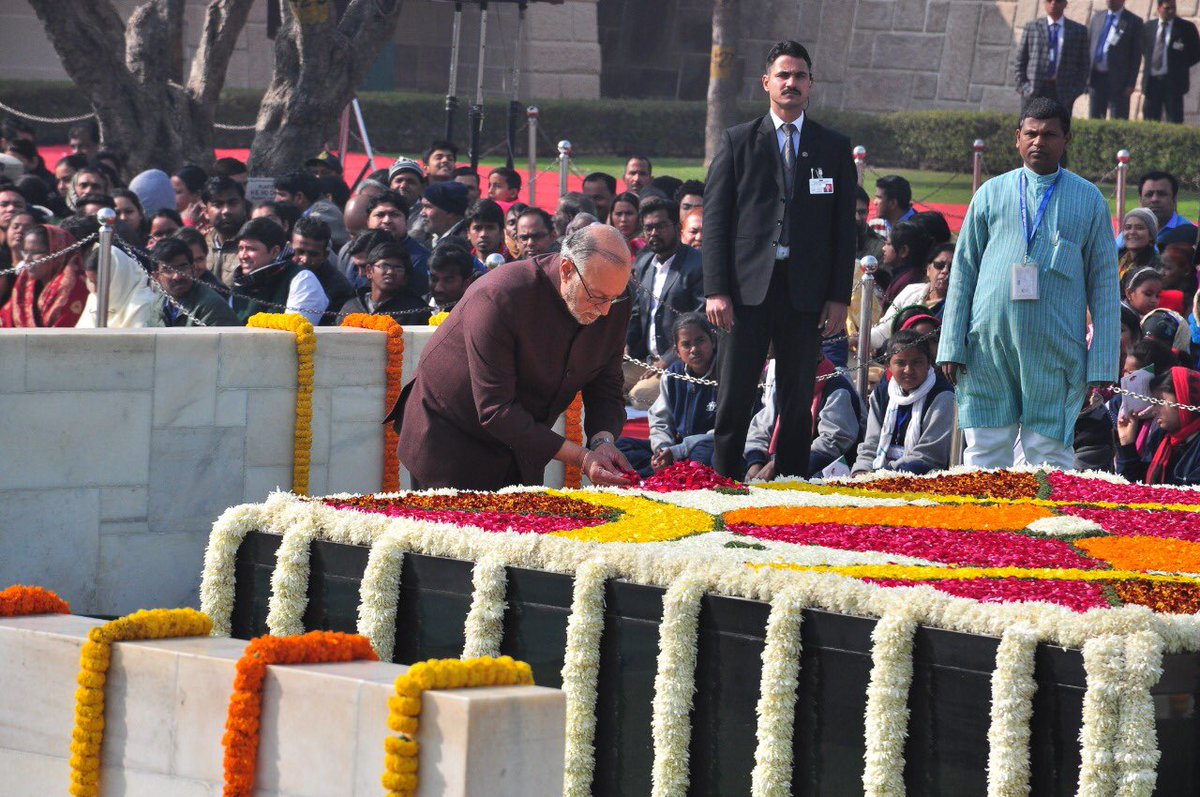 Muscat: Citizens and members of government in India are paying tribute to Mahatma Gandhi on the anniversary of his death in 1948.
In a message shared online, Prime Minister Narendra Modi said, "Remembering Bapu (Gandhi) on his Punya Tithi (death anniversary). We reiterate our commitment to follow the path shown by him and abide by the values he stood for.
"We salute all the martyrs who laid down their lives for India. The country remains eternally grateful to them for their service and sacrifice."
Congress Party leader Rahul Gandhi, quoting the father of India's independence, said, "The greatness and progress of a society can be established from the point of view of how weak and unsafe members are treated."
The Lieutenant Governor of Delhi Anil Baijal led tributes in the nation's capital, paying a visit to the Sarva Dharma Prarthana.
He later tweeted, "At Sarva Dharma Prarthana on the occasion of 71st Death Anniversary of Mahatma Gandhi, the Father of Nation at Raj Ghat. On Martyrs' Day, I honour and pay homage to Gandhi Ji and all the martyrs who sacrificed their life for the freedom, welfare, and progress of the country."