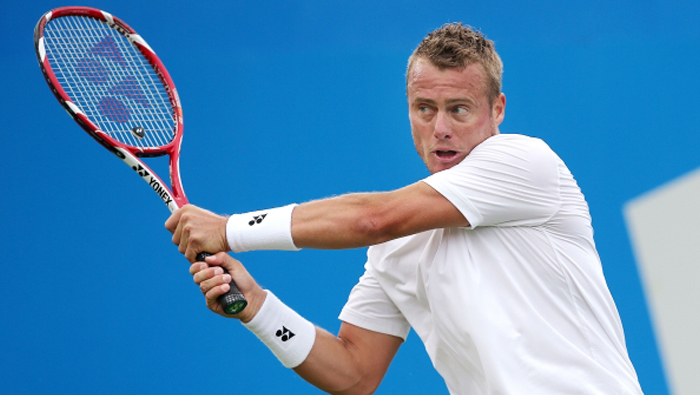 SYDNEY: Australia Davis Cup captain Lleyton Hewitt has slammed Barcelona football star Gerard Pique over the tournament's controversial new format, saying it is "ridiculous" and would hurt the sport.
Under a plan proposed by Pique's investment group Kosmos and adopted by the International Tennis Federation, the competition will bring together 18 nations for a week at the end of the tennis season for a championship finale.
The 119-year-old Davis Cup competition is currently structured around a 16-nation World Group, contested over four weekends during the year. The remaining countries are then divided into three regional zones.
"I haven't been a supporter since they first flagged the possible changes," Hewitt said ahead of Australia's Davis Cup qualifier against Bosnia and Herzegovina in Adelaide starting Friday, Adelaide's The Advertiser newspaper reported Tuesday.
"I think it really hurts Davis Cup... In terms of the structure and format in going into the finals I don't agree at all with it.
"I think having the finals in one place is ridiculous. I personally don't think all the top players will play.
"Now we're being run by a Spanish football player... that's like me coming out asking to change things for the Champions League — it's ridiculous."
Hewitt has previously slammed the new-look competition as a "money-grab" that would ruin the historic event, with other Australian tennis legends including Rod Laver and John Newcombe also opposing the reforms.
Kosmos have promised the International Tennis Federation up to $3 billion in prize money over the next quarter-century.
Major players feel that a big event in late November combined with one in January before the Australian Open will mean too much tennis and too little rest.
Roger Federer has said his chances of playing in the condensed Davis Cup were all but non-existent, while Novak Djokovic has said he will give precedence to the ATP's intended re-launch of the defunct World Team Cup in January 2020 at various Australian venues.