'Roma,' 'The Favourite' lead Oscars nominations with 10 each 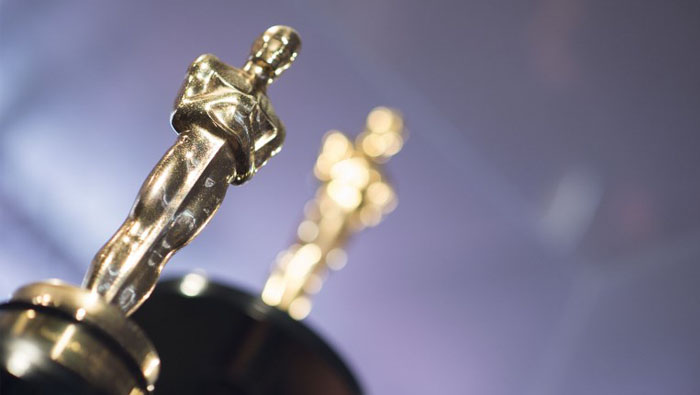 Los Angeles: Alfonso Cuaron's "Roma," an ode to his childhood in 1970s Mexico City, and offbeat royal romp "The Favourite" on Tuesday topped the Oscar nominations with 10 each, as streaming giant Netflix earned its first-ever best picture nod.
Popular musical romance "A Star Is Born" and Dick Cheney biopic "Vice" scooped eight nominations each, while superhero blockbuster "Black Panther" finished with seven.
The stage is thus set for the 91st Academy Awards in Hollywood on February 24 -- with a crowded field of nominees, and perhaps some surprises in store.
For longtime Oscar watcher Sasha Stone, who runs Awards Daily, "all bets are mostly off. Truly anything could win at this rate."
The sweeping success of "Roma" is history-making for Netflix -- not only did it earn its first crack at the gala's top prize, but it also is a major contender in other coveted prizes like best director and best actress.
The black and white film also snatched up nods for best supporting actress and best foreign film.
For Cuaron, it was a personal triumph, as he earned four nominations himself.
"We are living a great moment in cinema where diversity is embraced by audiences," Cuaron said in a statement released by Netflix.
That diversity is exemplified by "The Favourite," which scored a bit of a surprise with its stellar haul.
While nominations for its trio of stars -- Olivia Colman, Emma Stone and Rachel Weisz -- were seen as a near-lock, its flight to the top of the list was not.
Director Yorgos Lanthimos earned a nod -- instead of Bradley Cooper, who was widely expected to get a nomination for his debut directorial effort on "A Star Is Born," the latest take on the classic musical romance.
"Star" nevertheless scored in most big categories, with nominations for three of the four acting prizes -- Cooper, Lady Gaga and their co-star Sam Elliott.
In all, there are eight films vying for best picture: "Roma," "The Favourite," "A Star Is Born," Spike Lee's "BlacKkKlansman," Queen biopic "Bohemian Rhapsody," satirical Dick Cheney biopic "Vice," civil rights dramedy "Green Book" and "Black Panther."
"Panther" made history as the first superhero flick ever nominated in the category -- a major victory for Marvel Studios.
"Thank you @TheAcademy! #WakandaForever," past Oscar winner Lupita Nyong'o, who stars in the film, wrote on Twitter.
"Green Book" earned five Oscar nominations, after winning best film at the Producers Guild of America awards -- seen as a good indicator of Oscars success.
Twenty times out of 29, the PGA award winner has gone on to take the best picture Oscar, including "The Shape of Water" last year.
Controversy
Last year, the awards season was marked by the Harvey Weinstein scandal, and the birth of the #MeToo and Time's Up movements against sexual misconduct and harassment in the workplace.
This year, multiple controversies are plaguing the Oscars -- none of them related to last year's bombshell.
In August, the Academy of Motion Picture Arts and Sciences -- under fire for being too elitist -- announced it would add a "best popular film" award.
But many saw the new category as a booby prize for blockbusters like "Black Panther" that would keep them out of contention for top honors.
The plan was quickly scrapped.
Then actor-comedian Kevin Hart had perhaps the briefest tenure ever as Oscars host -- a few days. He withdrew after homophobic tweets he had written years ago sparked a backlash on social media.
With many stars reportedly unwilling to grasp the poisoned chalice, the Academy appears to be going forward without a host.
Of course, on Oscars night, the focus will be on the nominees, and the red carpet glamour.
In the best actor category, Christian Bale looks to be the frontrunner for his uncanny portrayal of Cheney in "Vice."
Viggo Mortensen ("Green Book"), Rami Malek ("Bohemian Rhapsody") and Cooper ("Star") are also contenders, with Willem Dafoe ("At Eternity's Gate") rounding out the field as a dark horse.
For best actress, Glenn Close's momentum is soaring after her twin Globe and Critics' Choice wins for "The Wife," in which she plays an author whose marriage boils over when her writer husband wins the Nobel Prize.
But Gaga and Colman, who plays Queen Anne in "The Favourite," are expected to give her a fight, along with breakout "Roma" star Yalitza Aparicio and dark horse Melissa McCarthy ("Can You Ever Forgive Me?").
In the supporting actor category, Elliott will go head-to-head with "Green Book" star Mahershala Ali, who took home a Golden Globe. For best supporting actress, Regina King ("If Beale Street Could Talk") will battle with Stone and Weisz.
"Roma" is the presumptive favorite for best foreign language film. It will compete with "Capernaum" (Lebanon), "Cold War" (Poland), "Never Look Away" (Germany) and "Shoplifters" (Japan).