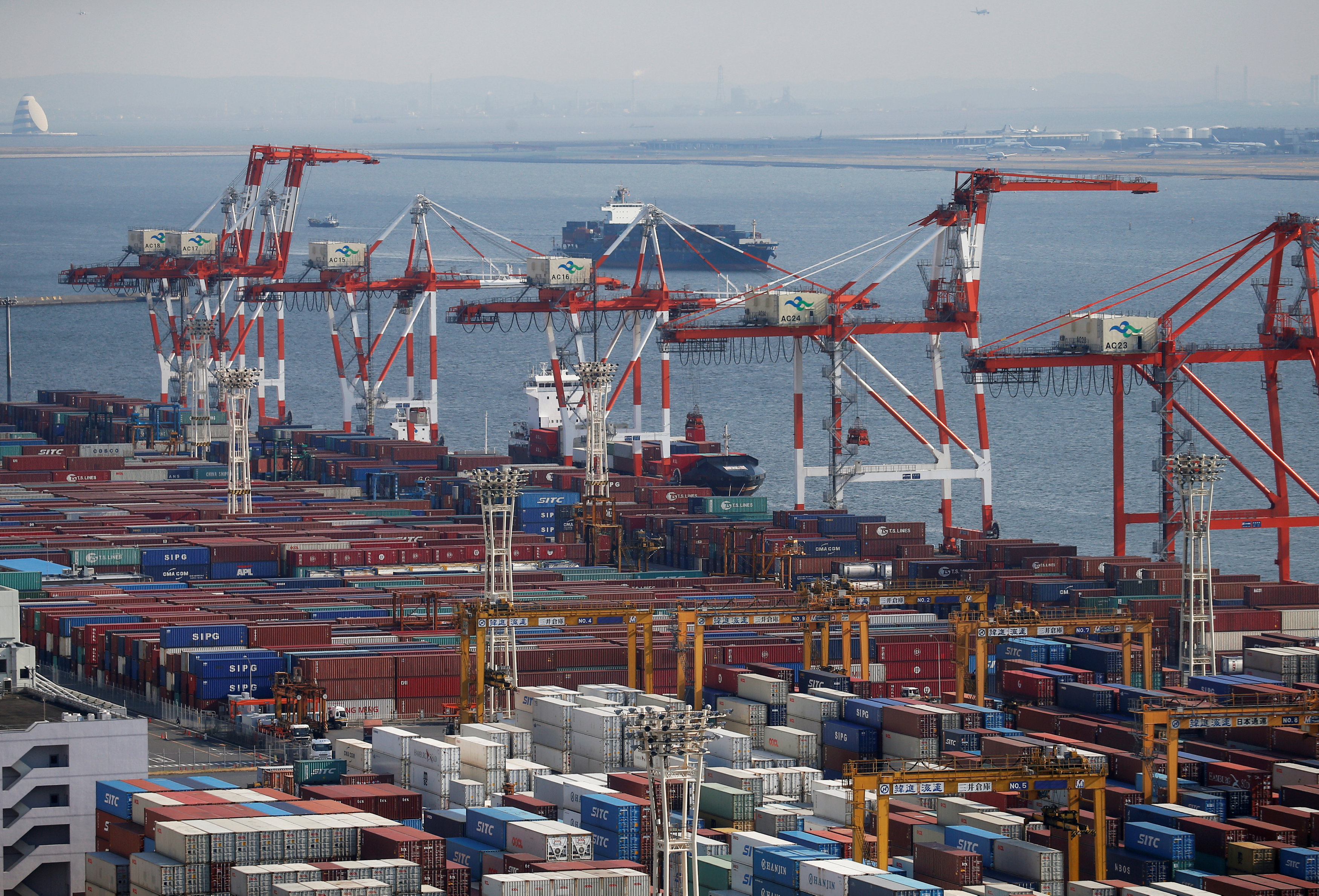 Tokyo: Japan logged a trade deficit last year for the first time since 2015, with export growth slowing amid tensions between the country's two biggest trading partners — China and the United States.
Japan logged the deficit of 1,203 billion yen ($11 billion) in 2018 after two years of surplus, with annual growth in exports slowing to 4.1 per cent from 11.8 per cent in 2017, according to finance ministry data released on Wednesday.
Exports to China increased 6.8 per cent, markedly slower than the previous year's 20.5 per cent growth.
Growth in shipments to the United States slowed to 2.3 per cent from 6.9 per cent.
"US-bound exports were not strong but still solid, whereas shipments to Asia, notably to China, slowed down," said Takeshi Minami, chief economist at Norinchukin Research Institute.
"US-China trade tensions should be blamed for that," he told AFP.
The trade war negatively affected Japanese companies' exports of parts and devices for assembly of finished products at Chinese factories as well as exports from China by Japanese businesses operating there, he said.
"If the global economy carries on as it is now, we cannot expect growth in exports," Minami said.
He added that Japan's trade figures could worsen in the coming months.
Japan is to hike its sales tax from the current 8.0 per cent to 10 per cent in October, which could mean a spike in consumer demand before the new rate.
"This could boost imports until September, which could expand Japan's deficits," he said.
For the month of December, Japan logged a deficit of 55.3 billion yen, compared with a surplus of 356 billion a year earlier.
Exports for the month were down 3.8 per cent, while imports rose 1.9 per cent.
The data was published hours before the Bank of Japan was due to issue a policy statement after a two-day meeting.
The central bank is expected to revise down its forecasts for growth and inflation, despite an aggressive monetary policy intended to boost inflation to 2.0 per cent.