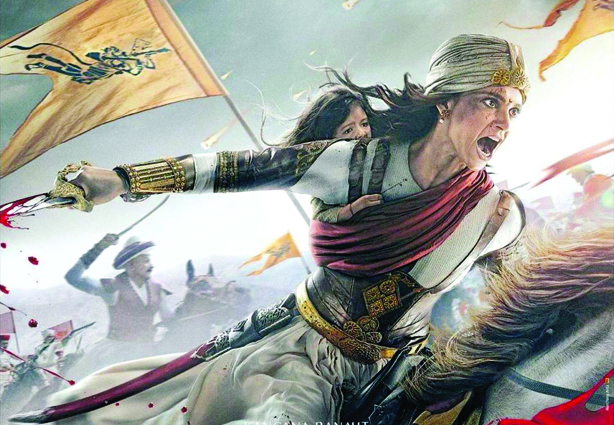 Manikarnika: The Queen of Jhansi
Cast: Danny Denzongpa, Atul Kulkarni, Suresh Oberoi, Kangana Ranaut, Jishu Sengupta
The film captures the life of the 22-year-old Queen of Jhansi who refused to cede Jhansi to the British Empire. She was the first woman in the history of India to fight against the British in the cry of Independence. Despite fighting a fierce battle, she was killed in the combat. This has now lead her life story and fight against the British to be a formidable tale of bravery, valour and women’s strength to inspire generations to come.
Running at: Vox Cinemas, City Cinemas, Al Bahja Cinema
Serenity
Cast: Anne Hathaway, Diane Lane, Djimon Hounsou, Jason Clarke, Matthew McConaughey
The mysterious past of a fishing boat captain comes back to haunt him, when his ex-wife tracks him down with a desperate plea for help, ensnaring his life in a new reality that may not be all that it seems.
The Kid Who Would Be King
Cast: Louis Ashbourne Serkis, Patrick Stewart, Rebecca Ferguson
A band of kids embark on an epic quest to thwart a medieval menace. The film tells the story of Alex, a twelve-year-old British schoolboy whose everyday problems are dwarfed by his discovery of the mythical sword Excalibur.
Thackeray
Cast: Nawazuddin Siddiqui, Amrita Rao
Thackeray is an upcoming bilingual biographical film. Following the life of Bal Thackeray, the founder of the Indian political party Shiv Sena, the film stars Nawazuddin Siddiqui and Amrita Rao as his wife.