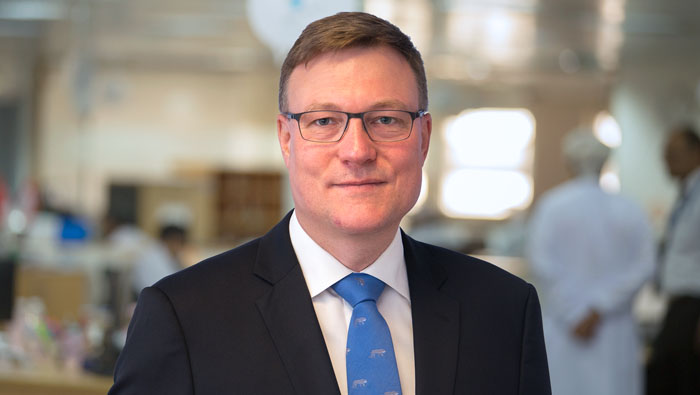 Muscat: Oman Shipping Company (OSC) is launching an ambitious fleet expansion plan after placing two new-build VLCC (Very Large Crude Carriers) orders with South Korean shipyard Daewoo Shipbuilding & Marine Engineering (DSME).
OSC's CFO and acting CEO Michael Jorgensen said the new-builds are expected to be deployed in the spot market, as the company plots further fleet expansion in the bulk and container market.
The next generation eco-friendly vessels will add to OSC’s expanding fleet of 49 vessels including 16 VLCCs, 17 product tankers and 4 chemical carriers.
The two latest additions will be constructed at DSME’s Okpo shipyard measuring 336m in length, with a breadth of 60m, each with deadweight capacity of 300,000 mt. The order is scheduled for delivery in the final quarter of 2020.
“The new additions to OSC’s VLCC fleet will be amongst the most technically advanced in the world,” said Jorgensen. “They will form a key part of our expansion plan over the coming years as we prepare for further investment in oil and product carriers in 2019/2020, particularly in the bulk and container market,' he added.
“The new-build VLCC project will involve the very latest eco-friendly technology to meet and exceed the environmental regulation standards of the International Maritime Organisation (IMO). Key elements of the next generation design include highly-efficient engine and fuel-saving technologies. They will also be outfitted with open loop scrubbers bringing addition environmental benefits while also addressing new SOX, NOX environmental regulations effective from January 01, 2020.
“The investment comes as OSC continues to report strong growth following long-term deals with local refineries and traders. Our crude oil and product vessel portfolio accounts for more than half of the company’s national fleet. The latest expansion is a further reflection of the significant upturn in liquid cargoes, including crude, refined petroleum fuels and petrochemicals, being generated by Oman’s largely hydrocarbon-centric economy," he said.
“Much of the recent growth has been underpinned by major industrial and petrochemical clusters established at Sohar, Salalah and Duqm. Recent investments in mega refining and petrochemicals schemes in these clusters well for the further growth of OSC’s shipping capacity,” Jorgensen said.
"significant growth is also being driven by a new VLCC ‘spot-chartering’ desk which secured more than 100 fixtures with world leading oil majors in its first 20 months of operation. This includes new contracts with oil majors and traders," he added.
In the domestic market, OSC’s growth is being driven by a 20-year contract to transport condensate for Orpic (Oman Oil Refineries and Petroleum Industries Company) and a 15-year deal transporting methanol for OTI (Oman Trading International) from Salalah Methanol plant.
The company is further supporting the export of LPG from Sohar Refinery to Yemen, Sudan, India, Bangladesh and Sri Lanka.