Cricket: Langer calls on batsmen to step up against Sri Lanka 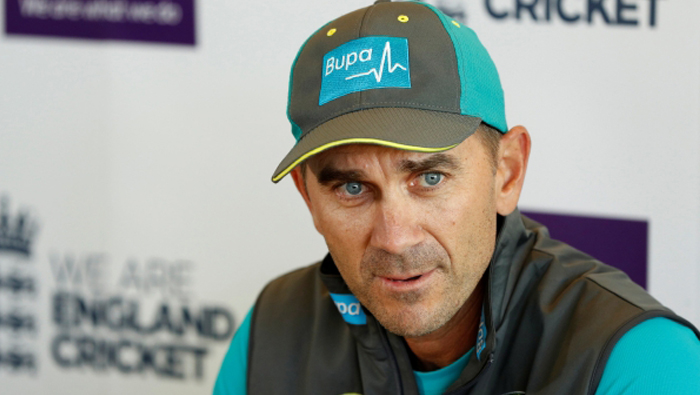 BRISBANE: Coach Justin Langer on Tuesday said senior batsman Usman Khawaja must convert solid starts into hundreds, as Australia look to bounce back from a crushing loss to India when they face Sri Lanka this week.
Australia axed Aaron Finch, Peter Handscomb and the Marsh brothers, Shaun and Mitch, after the India humbling. But Khawaja survived and Langer is looking for fireworks from his number three.
"I had a good hit with him yesterday actually in the nets up here at Allan Border Field in Brisbane," Langer told SEN radio of Khawaja, who has a top score of just 72 this summer across Tests and ODIs.
"He admitted he's been frustrated.
"But he seems fine. He's in the best physical condition of his life, he's training hard, he's playing well, but that's often the way in Test cricket.
"We need him to stand up. He knows that, he's our most senior batsman. He needs and we need him to turn some of those great starts into hundreds for us."
Australia play two Tests against Sri Lanka, starting under lights and with a pink ball at the Gabba on Thursday, with all their batsmen under pressure to do better against the sixth-ranked team in the world.
In-form Joe Burns has been recalled to the squad for the first time since the South Africa tour early last year and could open the innings with rookie Marcus Harris, who did enough against India to keep his place.
But they face competition from Matt Renshaw, who has been handed another opportunity despite misfiring in the domestic Sheffield Shield this season.
Young batting prodigy Will Pucovski was the surprise pick for the series and is widely tipped to make his debut this week.
Langer wouldn't reveal whether the 20-year-old would be in the starting XI, but said he watched him in the nets on Tuesday and "he's a very, very good-looking player".
"There's always those considerations (whether Pucovski is ready for Test cricket) ... probably the toughest part of the job is selection and you weigh it up and that's all that's on your mind really," said Langer.
"But he's a terrific young bloke. Regardless of if he plays or not, it's a great learning experience for him at the moment."
'India speaks loud'
Despite the 2-1 India series loss, selectors kept faith with their pace attack of Mitchell Starc, Josh Hazlewood and Pat Cummins, with veteran Peter Siddle also included.
But Hazlewood has since been ruled out of the series with a back injury, opening the door for Jhye Richardson, who impressed in the one-day series against India.
Hazlewood and Mitch Marsh were co-vice captains of Australia and with both now missing, Travis Head and Cummins were elevated to the roles on Tuesday.
"It is a fitting reward for their professionalism and dedication to drive the elite standards of the Australian men's Test team," said national selector Trevor Hohns.
India's series win was the first time they had achieved the feat in 70 years of trying in Australia, and Sri Lanka are taking confidence from what Virat Kohli's men were able to do.
"I think India speaks loud," Sri Lanka bowling coach Rumesh Ratnayake told reporters Tuesday.
"For the Indians to come here, in batting and bowling and even in the fielding, they showed the world every place they go to is a home (away) from home.
"I believe we can take that from the Indians, and we can go forward."