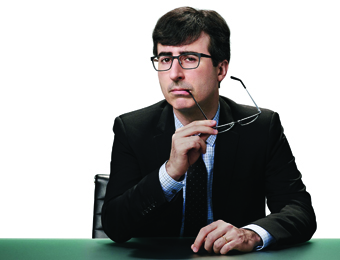 If you’ve seen a US talk show (and we’re sure most of you have), you’d know that these are actually some of the best places on TV and online to catch your daily dose of the news.
Yes, that’s correct. Audiences in the US were initially so fed up of hearing news that was partial to an organisation that didn’t at all deserve any sympathy, that comedians began sharing their sarcastic take on the news that was far better than what was being spouted by the news channels.
Satire news programmes have come a long way since then, and one of the latest programmes of this genre has since established itself as one of the best shows of its field.
Last Week Tonight features British comedian John Oliver delivering some of his most acidic, sarcastic comedy to those who truly deserve it, whether it’s the tobacco and sugar companies, who try to disguise how they spoil our head, to his favourite US President, Donald Trump.
Last Week Tonight is now available to stream and download, and features some of the best comedy and news satire available today.
Subjects that Oliver covers may be varied in terms of occupation and origin, but all of them have something in common. From predatory lending, oil companies, mining concerns, the pharmaceutical companies, the Chinese, and even his own British and American governments, nothing and no one is safe from John Oliver’s ire, because of the damage and harm they cause to the common people, and seem to get away with it.
Last Week Tonight has run for five seasons, and began in 2014. Given the rampant success it has had so far, the show is not likely to slow down any time soon. What makes this show stand out is not just the absence of commercial breaks, but how they’ve managed to work around it, using little comedy sketches to break the monotony and provide further depth into the story he is covering.
Some topics, that Oliver covers, are, of course very pertinent are will be things that people know about, such as the harmful effects of tobacco or sugar, food waste, the amount of plastic people throw every day, and so many other topics that we hear about all the time. What draws us to the show is how he makes it interesting, by making fun of the big corporations that only seem to be interested in their own profit, and getting people to care by showing audiences how this affects the little guy.
Then there are other more unheard-of topics, that cause as much (if not more) harm to people, but require just as much time on air, if not more, because of how they harm people. There is, for example, the aftermath of the Gulf of Mexico oil spill, where Oliver showed people how a lack of concern and a desperate need to look at just a short-term fix led to a decimation of the region’s environment and wildlife, leading to so many ordinary people losing their jobs and suffering severe health problems because of regular contact they had with the chemicals that were used to stabilise the water.
Another topic Oliver covered were the manners in which college athletes in the US were ill-treated, and seldom got to see the fruits of their labour. Their coaches, for example, got wealthy off of sponsorship deals and bumper contracts when they won, but that benefit really didn’t trickle down to the athletes themselves. Moreover, athletes who didn’t pass their exams would be given the most basic of exams who ensured that they did, robbing themselves of crucial skills that would be required when they graduated. Yes, every athlete does want to play in the big leagues, but less than one per cent of them would surely make it to that level.
But that digresses from Oliver’s most talked-about topic: US President Donald Trump, who while he is a favourite for comedians, gets some particularly savage flak from the Last Week Tonight host. From the border wall and Trump’s new healthcare to his travel ban, his ridiculous tweets, his wife and even his hair, every part of Donald Trump is fair game for John Oliver, who’s made the show a must watch week after week after week.
– [email protected]

Name: Last Week Tonight by John Oliver
Genre: Comedy/Satire
What it’s about: In his weekly comedy show, John Oliver takes a brilliantly sarcastic take at all that’s happened over the past week, and does not hold back from hitting where it hurts.
Produced for: HBO
Runtime: 30-40 minutes
Where to watch: YouTube, HBO, Hulu, Amazon, various streaming sites
IMDB Rating: 9/10