What's on this week in Oman 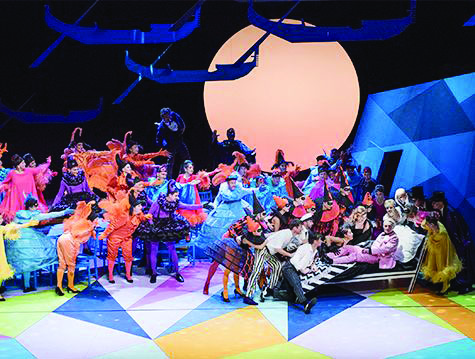 Get set for a visual treat at ROHM
Madama Butterfly, one of Giacomo Puccini’s great masterpieces consistently ranks in the world’s top ten operas. The stellar cast includes Maria José Siri in the title role; Roberto Aronica as Lieutenant Pinkerton; George Gagnidze as Sharpless and Veronica Simeoni as Suzuki. The Bilbao Orkestra Sinfonikoa (Orquesta Sinfónica de Bilbao) and the Coro Intermezzo/ Intermezzo Coros a la Carta are conducted by the brilliant charismatic, Marco Armiliato. Show at 7pm on January 17 &19.

Watch Live Shows at Muscat Festival
Enjoy performances from around the globe live on stage at Naseem Garden. From singing, circus, and magic shows to dare devilry stunts, these are some of the most entertaining part of the festival that shouldn’t be missed.

Meditation for World Peace
The World Meditation Hour serves as a time to create inner peace and power, and to focus on healing our planet Earth. Add your peace to the world and join millions sharing light and peace for our planet. Held for one hour at Rajyoga Centre for Self Development in Rex Road, Ruwi.

Go to Wadi Dayqah
Nature is decked out in its best now in Oman. So what are you doing sitting indoors? Pick a cool spot to enjoy the lovely weather. Go to Wadi Dayqah as there you can find water, lush greenery, shade and plenty of relaxation.