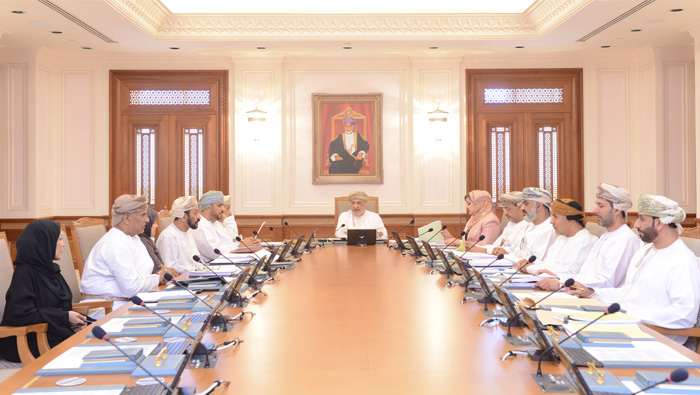 Muscat: The State Council Office yesterday held its third meeting for the fourth annual sitting of the sixth term under the chair of Dr. Yahya bin Mahfoudh Al Mantheri, Chairman of State Council.
The Council praised the establishment of the National Recruitment Centre, which was approved by the Council of Ministers, and expressed the hope that the Centre will be activated after completion of the related aspects to achieve its desired objectives in accelerating the pace of recruitment and activating its tracks in various sectors, by uniting efforts and overcoming difficulties that may be encountered.
The meeting discussed the proposal to amend the Economic Development Law promulgated by Royal Decree No. 9/75 submitted by the Economic Committee of the Council, which was previously discussed. The meeting decided to reformulate it as a general framework for a draft law to replace the current Economic Development Law.
The meeting hosted the head of the Economic Committee of the Council, the Sheikh Mohammed bin Abdullah Al Harthy, and the Dr. Badria bint Ibrahim Al Shehia, the Rapporteur of the Committee to discuss the proposal with them. The meeting decided, after discussing the proposal, to refer it to the plenary session.
It also discussed a number of proposals made by members of the Council, as well as a follow-up report on the Committees for the sixth term.
The meeting was briefed on a series of reports and topics, including: the final communiqué and summary of the World Parliamentary Summit on the Elimination of Hunger and Malnutrition held in the Spanish capital Madrid at the end of last October, in addition to the topics submitted by the Assistant Secretariat General for information and studies centre, the follow-up report on the implementation of the decisions taken at its previous meeting and the report on follow-up to the activities of the Committees during the period between the previous meeting and the present meeting.
The meeting identified the agenda items for the fourth and fifth ordinary meetings of the fourth annual sitting of the sixth term, scheduled for Tuesday and Wednesday, February 5th and 6th 2019.