Rewriting the future of work 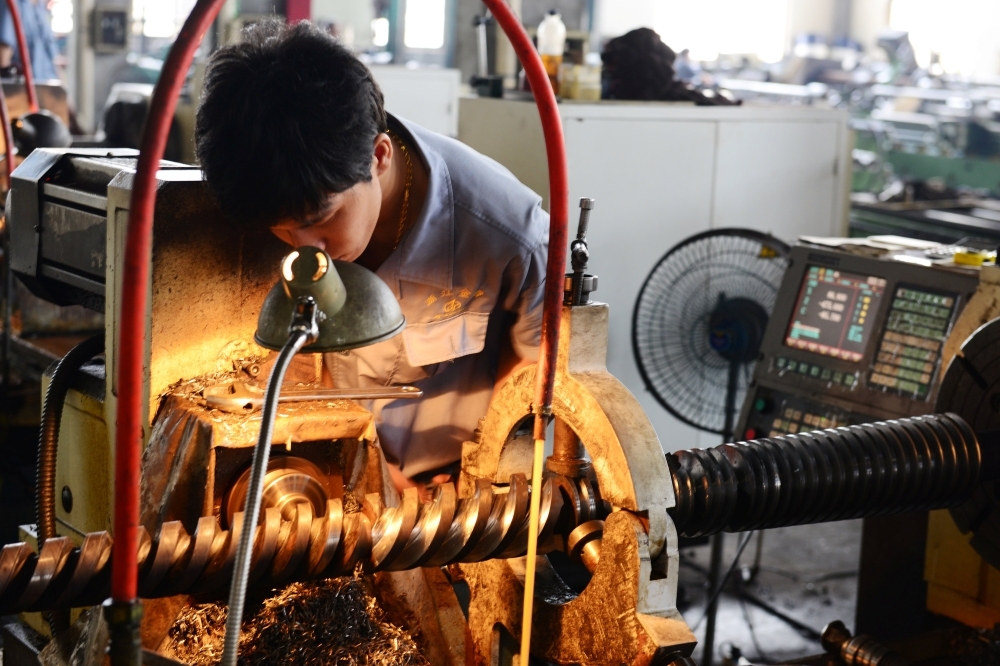 Much has been written about the “future of work,” and much of it makes for gloomy reading. Study after study predicts that automation will upend entire industries and leave millions unemployed.
A 2013 paper by two Oxford professors even suggested that machines could replace 47 per cent of jobs in the United States within “a decade or two.”
Conclusions like these sustain the narrative that the future will inevitably be jobless. And yet this view is favoured primarily by the corporate sector and supported by negative trends in the so-called gig economy; workers and trade unions have played little role in the conversation. If that were to change, the future of work could look very different.
Three common assumptions skew forecasts of automation’s impact on employment. Addressing each is essential to protect workers’ rights and change the fatalistic storyline of the prevailing narrative.
The first assumption is that fully automated jobs will displace workers in the near future. This view is little more than conjecture, and even those using the same data can draw different conclusions.
For example, a 2017 McKinsey study, drawing on similar datasets as the 2013 Oxford research, found that only 5 per cent of jobs in the US could be fully automated, but that about 60 per ent of American jobs could be partly automated. In other words, automation does not mean that human work must disappear, only that it could become more productive.
If anything, current trends underscore why it is important to democratize how technology is built into business processes. When major corporations introduce innovations to speed up production – like handsets to time warehouse workers in Amazon’s facilities – the unintended consequence can be a decline in productivity. For many workers, the way that technology is adopted may be more relevant than the technology itself.
The second assumption is that automation will not benefit most workers. But people and politics – not machines – will determine how workers fare. If we accept the view that technology will increase overall productivity (a point that remains disputed given the low levels of productivity growth in OECD countries during the last decade), then workers and political leaders could focus on advocating for a better work-life balance.
The fight for an eight-hour workday was waged more than a century ago, and the spaces created by the current discussion allow for negotiating a shorter working week. Some unions are already doing this; more should follow.
Finally, despite the hype, automation is not the most pressing issue for labour. Technology can be disruptive, but the biggest concerns for workers today are the ones they feel most directly: underemployment, precarious employment, and stagnant wages.
According to the International Labour Organization’s 2018 “World Employment Social Outlook,” 1.4 billion people worldwide are in “vulnerable forms of employment” in the informal sector, compared to 192 million who are unemployed.
To be sure, today’s new technologies are affecting workers in adverse ways. That has always been true, and people will continue to be displaced from one economic sector to another. But while technological innovation creates new opportunities, today’s gig economy, in particular, reflects how it can also weaken employees’ rights and increase economic insecurity.
Workers’ fears are real, which is why the labor movement has been fighting to defend workers in vulnerable situations. Expanding the concept of Just Transition, currently used in climate-related dislocations, to technology-related disruptions would be a valuable innovation for ensuring that automation leaves no one behind.
But we should not accept the anxious narrative of a workless world. Technology and economic development are contested fields, and unions should focus on improving workplace conditions, organizing workers in new industries, and challenging the authoritarian business models that give employees little say over how their companies function.
Positive signs are emerging. Labour organizing is growing in the services sector. Employees are lobbying for better pay in some of the world’s largest corporations. And workers in the US are demanding – and often receiving – a living wage.
The next step is to ensure that the effects of automation feature more prominently in union organizing. The future of work is not predetermined; the story is still being written. The most important question, as always, is who gets to wield the pen. - Project Syndicate