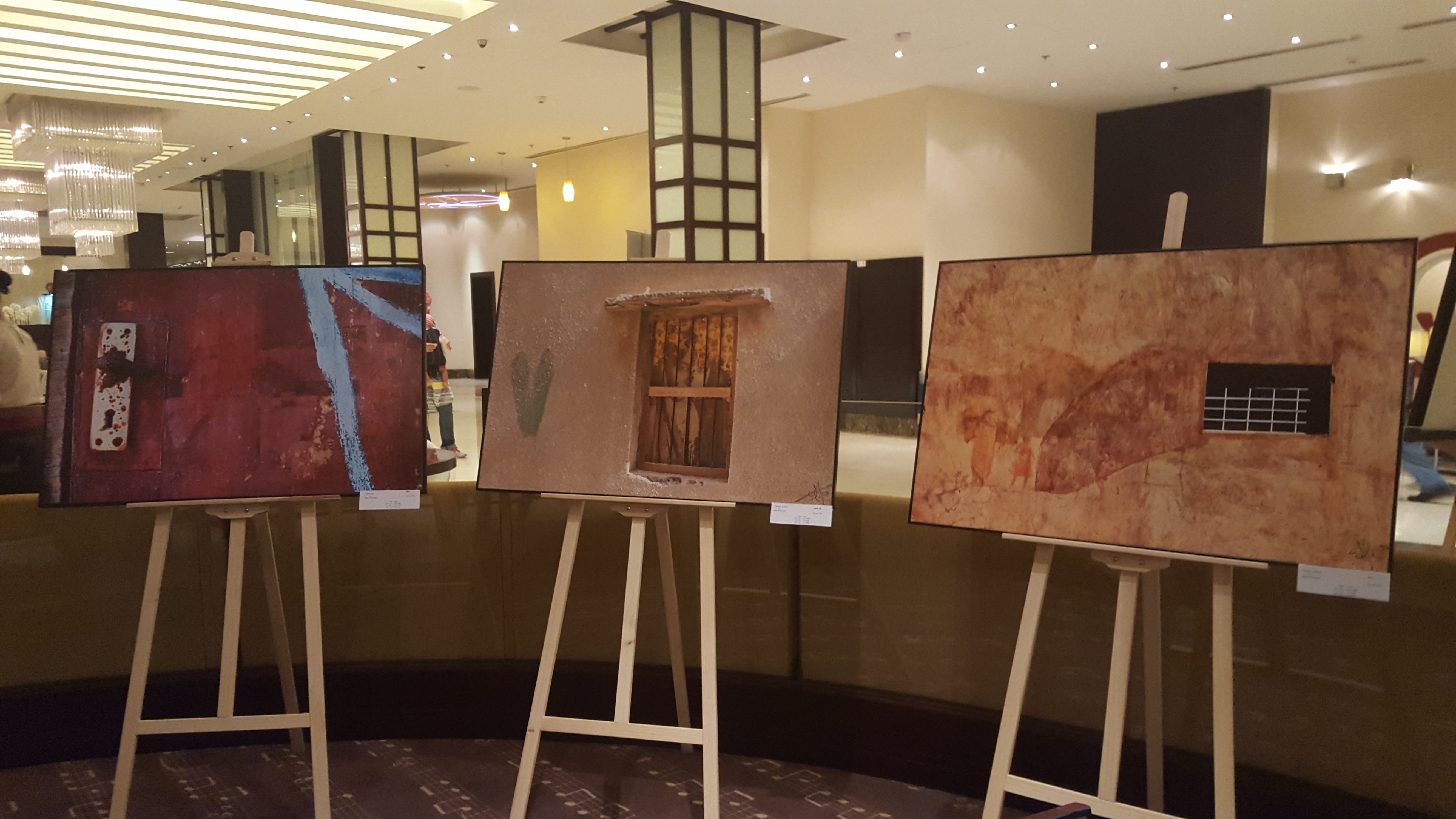 Muscat: Dalia Al Bassami’s name is familiar in the photographers’ fraternity in Oman and the region.
After all, photography has been her passion ever since she can remember and she has been going places due to her work and passion for photography.
In her latest exhibition, entitled “Memory,” displayed at the City Seasons hotel in Muscat, Al Bassami takes explores an emotional theme dating back to her childhood village in Rustaq, which is empty now, as most of the people have left the place for one reason or another, she said.
**media[388239]**
Most of Al Bassami’s photos at the exhibition focus on texture and ghostly figures of people who once lived in her hometown.
“Texture is really the thing that comes to my mind when I take photos and memories are not recalled in a flat way, they come with details--with doors, walls, windows and for me, it reflects the buildings that I used to see, the people I used to play with, when I was a child. Here I have released those figures from my mind and put them in frames.”
**media[388191]**
Al Bassami used a special method called “collaging” while creating the exhibition.
“Collaging used to be popular with film cameras, which is not possible with a digital camera, and so I used Photoshop, to get the desired results.”
Like most other expert and traditional photographers, Al Bassami always prefers using a film camera for the new digital models, however, she switched about six years ago.
“I loved film cameras, the digital camera has been my friend for only five or six years now, I never imagined I would use digital cameras, but this is life and you have to move on, but I still have my film cameras, which I treat as antique.”
**media[388238]**
Currently, Al Bassami uses a Canon Mark II and is looking to buy a Mark III. Apart from collaging, she is also into abstract and street photography.
“I used to be a shy person for street photography, but later I thought it was good to push myself to take pictures, and in photography it is really good to communicate with people, you might make people unhappy if you just take photos without permission.”
Al Bassami earned her Bachelor’s degree in Education from the Sultan Qaboos University (SQU) in 1999, and it was in college that she was introduced to photography and became an active member of the photography club. Since then, this passion has not left her side. Today, with four children and a husband to take care of, Al Bassami’s ambitions have only blossomed more than ever.
“I have four children and I was creating this exhibition while I was having twins, but then I thought it was now or never, and I didn’t have much assistance then, so only after my children were asleep, I worked on the exhibition all night, until morning.”
Al Bassami has numerous plans for photography, “I adore photography, and after this exhibition, I have started seeing things from a different perspective. I have overcome the fear of facing people and taking their photos, and I love doing abstracts, but I like trying new things to remove the dead cells.”
Her husband is a strong supporter and critique of her works and according to Al Bassami, he is the one who believes in her.
“He supports me, but he doesn’t lie to me to please me, he critiques me when he has to, but that is what makes me even better.”
Reading has helped Al Bassami widen her imagination, “Reading for sure helps me a lot, I can read 1,000 pages in a night or two. I adore reading because it opens windows for me. I am also helping out at my son’s school to encourage reading among children. I believe in the internet but if you have a book, you will travel with the pictures, and fly with the pages.”
To see her “Memory” exhibition, you can visit the Majlis Art Café at the City Seasons Hotel Muscat, a new initiative in Muscat where young and professional talent can find a place for their work.