US calls for ‘orderly transition’ in Venezuela 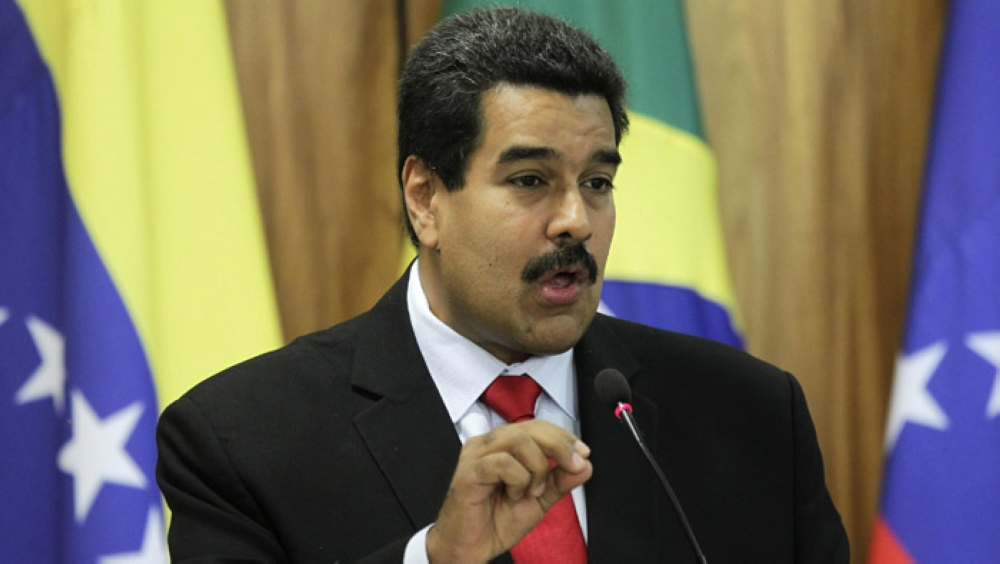 Washington: The United States called on Saturday for Venezuela to begin an “orderly transition” to a new government, days after Nicolas Maduro was sworn in to a disputed second term as president.
“The people of Venezuela deserve to live in freedom in a democratic society governed by the rule of law,” the State Department’s deputy spokesman said.
“It is time to begin the orderly transition to a new government,” spokesman Robert Palladino said.
“The United States government will continue to use the full weight of US economic and diplomatic power to press for the restoration of democracy in Venezuela,” he said.
It was the most specific US call yet for a change of government in crisis-torn Venezuela, where Maduro has presided over a virtual economic collapse in what was once Latin America’s wealthiest nation.
The United States, the European Union, Canada and 12 Latin American countries have said they do not recognize Maduro’s re-election.
The May presidential vote was boycotted by the opposition -- whose most prominent leaders were barred from running, under house arrest or in exile -- and condemned internationally amid reports of fraud and voter intimidation.
Maduro, who was sworn in Thursday to a second six-year term, has accused Washington of encouraging a coup d’etat.
In its latest statement, the United States reaffirmed its support for the opposition-controlled but so far toothless National Assembly, whose new president Juan Guaido on Friday called for a mass protest against Maduro and in favour of a “transitional government.”
The US statement said, “We stand with the Venezuelan people, and we praise the fierce commitment to democratic principles of the elected members of the Venezuelan National Assembly.”
It urged “the security forces and the armed forces to respect all protections the constitution affords to Guaido and the other members of the National Assembly, especially their safety and welfare.”