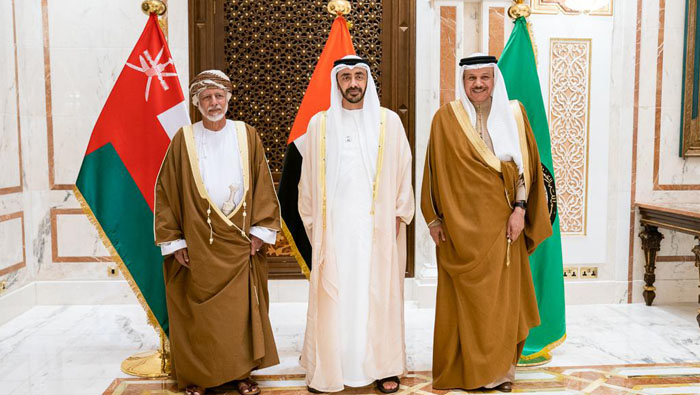 Muscat: Yousuf bin Alawi bin Abdullah, Minister Responsible for Foreign Affairs yesterday met Sheikh Abdullah bin Zayed Al Nahyan, Minister of Foreign Affairs and International Cooperation of the United Arab Emirates (UAE) in Abu Dhabi in the presence of Dr. Abdullatif bin Rashid Al Zayani, Secretary General of the Gulf Cooperation Council (GCC).
The meeting came within the framework of Alawi’s tour to the Gulf Cooperation Council (GCC) states and participation as head of the Sultanate’s delegation in the GCC meeting.
During the meeting, they exchanged views on enhancement of GCC march for the interests of the peoples of the GCC states.
The meeting was attended by a number of officials from the foreign ministries of the two countries and the Secretariat General of the AGCC.