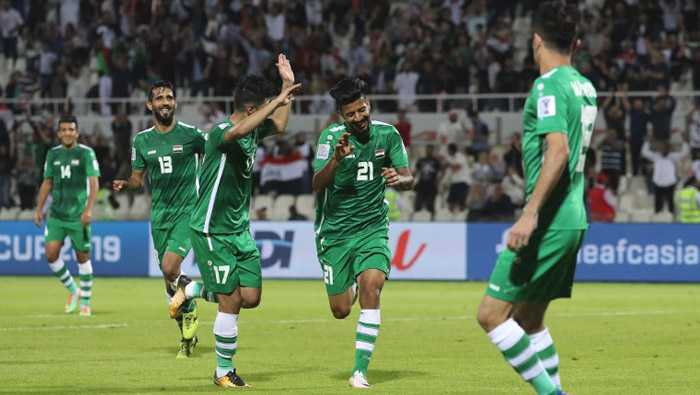 ABU DHABI, United Arab Emirates: Iran sank Vietnam and Iraq beat Yemen as the neighbours and arch-rivals powered into the Asian Cup round of 16 on Saturday ahead of their highly anticipated group decider next week.
Sardar Azmoun struck both goals in Iran's 2-0 win in Abu Dhabi, while teenager Mohanad Ali's early solo strike kick-started Iraq's 3-0 victory in Sharjah.
Iran and Iraq will meet in Dubai on Wednesday to decide who tops Group D in a repeat of their combustible quarter-final of 2015, which Iraq won on penalties.
Iran, looking to end a 43-year title drought since last winning Asian football's most coveted prize, could have scored four or five but for some poor finishing in Abu Dhabi.
"It's a pity our performance didn't produce a couple more goals," Iran coach Carlos Queiroz told reporters.
"But winning is the best medicine in football. To win two games and score seven goals -- I have to praise my players because I am very demanding."
Saman Ghoddos and Mehdi Taremi went close for Asia's top-ranked team before Azmoun rose to head home a Ghoddos cross after 38 minutes.
The Rubin Kazan forward lashed in his third goal of the tournament from the edge of the box 20 minutes from time to give Iran a record ninth successive first-round victory dating back to 2007.
Co-favourites with South Korea to lift the Asian Cup, Iran crushed war-torn Yemen 5-0 in their opening Group D game.
'A finisher'
They were indebted to goalkeeper Alireza Safar Beiranvand for a courageous save from Nguyen Cong Phuong, but were otherwise barely ruffled by the Southeast Asian champions.
"We just need to relax more," said Queiroz. "In the second half our anxiety to score a third goal led to some bad passes."
Queiroz singled out Azmoun, who came out of international retirement for the Asian Cup.
"He's a finisher," said the Portuguese, now in his eighth year as Iran coach.
"We have high hopes for him for this competition. But the way the team is contributing around him, and our movement in the last third, are very interesting."
In Sharjah, 18-year-old Ali scored a wonderful solo goal to put Iraq 1-0 up after 11 minutes, although questions must be raised of the Yemeni defence.
Pouncing on a loose back pass, Ali held off three defenders before rifling his shot past Jalal Hassan in the Yemen goal.
Bashar Resan doubled Iraq's lead midway through the first half when his deflected shot drifted in off the upright with Hassan slow to get across.
Ali hit the post in one of the rare highlights of the second half before Alaa Abbas struck in injury time, finishing sharply after Ahmed Yaseen's header into his path.