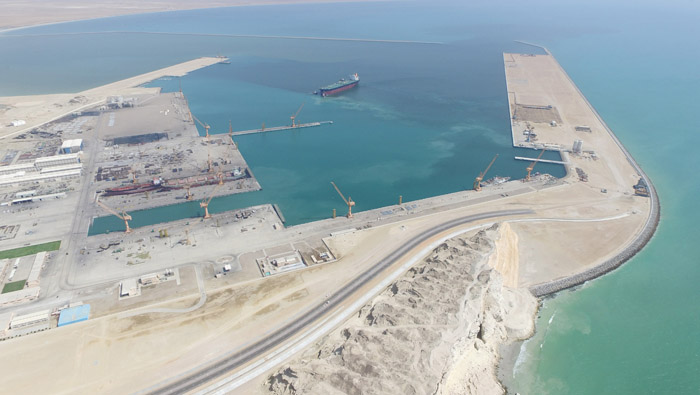 Muscat: The number of usufruct (land lease) agreements signed in 2018 increased to 70. The agreements covered a number of sectors, such as industrial, residential and commercial, logistics, tourism and fisheries activities.
The number of companies registered at the Commercial Register of the Special Economic Zone in Duqm (SEZD) increased to 186; an increase by 17 companies compared to 2017, according to a recent report published by the Investors Services Division at the SEZD.
The "Economic Vision" programme aired by Oman TV pointed out in a recent report that over the past year, SEZD created 775 jobs. It added that Duqm Refinery Company initiated construction works for three packages. The contracts were distributed to three contractors due to the size of the project and to ensure speedy delivery. The company has completed the feasibility study for the petrochemical project and it is now in the initial engineering works stage before floating the project tender.
Tourism activity in Duqm Hotel picked up by 15 per cent in 2018 due to the operation of the Duqm Airport in the same year.
Dr Ismail bin Ahmed Al Balushi, Deputy CEO of the Special Economic Zone Authority in Duqm (Sezad), said in a statement to the Economic Vision programme that the high quality infrastructure in the zone encourages many investors to invest. He added that the port-related projects are in the final stage and that in 2020, Duqm Port will begin full operation.
As for the infrastructure, he pointed out that 90 per cent of the port-related projects, protection works, the dam, the discharge channels, road and others have already been completed and that by the end of 2019, infrastructure will be completed.
As for the progress of works in the Sino-Oman Industrial City in Duqm, which is expected to cross US$10 billion by 2022, he said that after signing the agreement with the Chinese investor, a team has been formed to follow up and supervise the project directly.
On his part, Eng. Said bin Hamoud Al Ma'awali, CEO of Oman Drydock Company, said in a statement to the TV programme that the company achieved the best financial performance in 2018, thanks to the growth in the number of vessels by 30 or 29 per cent compared to 2017.
He pointed out that new countries, such as India and Turkey, joined the list of beneficiaries from our services provided by the Drydock.
He added that the Drydock can receive up to 200 vessels per annum with expansion plans in the pipeline to increase the capacity beyond 200 vessels. He noted that Oman Drydock Company offered 56 investment opportunities to local investors at the Drydock in July 2018.
On his part, Eng. Hashim Al Ibrahim, Director of Commercial Services at Duqm Port, said in a statement to Economic Vision TV programme that the port received more than 500 vessels in 2018 to register a growth by 20 per cent compared to 2017.
The Deputy General Manager of Oman Wanfang pointed out that construction works are underway in two buildings for the Sino-Oman Industrial City in Duqm and that the company has completed the layouts and designs of the city.
He added that the costs incurred as of this date stand at about OMR8 million. The company seeks to build a centre for building materials and factories.
He noted that the agreement for the training of 70 Omanis in China has been completed as the first batch has already graduated. The second batch is currently studying in China and the building materials centre project is expected to be initiated in 2019.