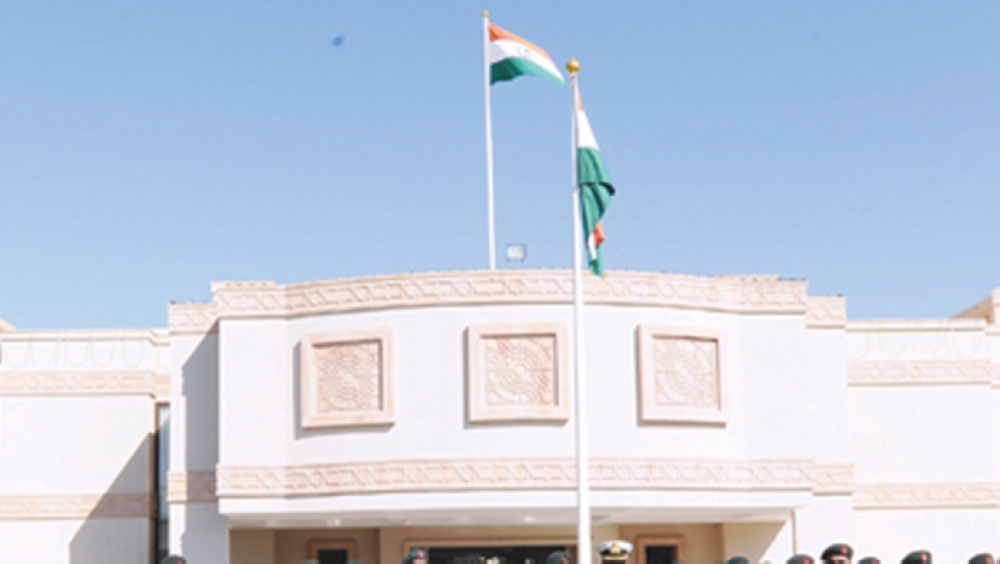 Muscat: The Indian Embassy in Muscat has invited feedback from Indian expats living in Oman over the draft Emigration Bill, 2019.
In a statement, the Embassy said: “The Ministry of External Affairs of India has finalised the draft of a new Emigration Bill after undertaking consultations with line ministries, state governments, recruitment agents, International Organisations, Chambers of Commerce and Industry and academic institutions. The Emigration Bill, 2019, will replace the existing Emigration Act, 1983.”
“The draft Emigration Bill, as well as a note on its salient aspects has been uploaded on the Ministry’s website and may be accessed at https://mea.gov.in/emigrationbill.htm. The same has also been shared on the Ministry’s social media platforms - Facebook and Twitter,” it added. “Comments/suggestion on the various aspects of the draft bill may be sent to the Ministry of External Affairs latest by January 20, 2019.”
According to India’s Ministry of External Affairs, the new bill seeks to ensure the safety and welfare of Indians in Gulf countries, and will replace the current laws under the Emigration Act of 1983.
“The Emigration Act, 1983, was enacted in a specific context of large scale emigration of Indian workers to the Gulf region,” said a statement from the Ministry of External Affairs. “It has its intrinsic limitations, while addressing contemporary migration trends. The limitations of the Emigration Act, 1983, are at times manifested in the sub-optimal utilisation of existing resources, delays in the prosecution of illegal agents, lack of legislative provisions in working out an effective framework for various programmes such as pre-departure orientation, skill upgradation and other measures aimed at the welfare and protection of migrant workers.”
“There is an imperative need for putting in place an enabling framework, institutional and legislative, aimed at the efficient management of emigration and to address migration-related issues in a comprehensive manner with a holistic approach,” added the ministry.
Under the new emigration bill, the government plans to set up an emigration management authority (EMA), which will ensure the overall welfare and protection of emigrants, and will be the top authority to provide policy guidance and reviews of emigration. This body will be spearheaded by the Ministry of External Affairs and will have representation from various states, as well as recruitment bodies.
There will also be a Bureau of Emigration Policy and a Bureau of Emigration Administration to enforce the welfare and protection of Indian nationals overseas, as well as handle issues related to emigration. Offices will be set up across various states.
“The bill makes mandatory the registration/intimation of all categories of Indian nationals proceeding for overseas employment, as well as students pursuing higher studies abroad,” added the Ministry of External Affairs. “Registration/intimation is proposed to be technology/digital platform-driven so as to keep emigration a swift, efficient and hassle-free process without causing any inconvenience to our workforce and students pursuing higher studies abroad. Necessary provisions have been incorporated to exempt certain categories in this regard on a need basis.”
The ministry added, “The registration of recruitment agencies and student enrolment agencies has been made mandatory. Sub-agents working with recruitment agencies have also been brought under the ambit of the proposed bill. The bill also incorporates a provision for rating recruitment agents and student enrolment agencies.”
The new emigration bill also lists the duties and function of such agencies, which include the provision of employment and travel documents, insurance policies, document renewals, skill upgrading and pre-departure orientation. Migrants will be able to seek several new forms of help, including legal assistance, which will be rolled out in the form of migrant resource centres, help desks, migration and mobility partnerships, labour and manpower cooperation agreements and MoUs aimed at the strengthened welfare and protection of the Indian workforce abroad.
“The proposed bill also takes into account the increasing incidents of human trafficking, illegal recruitment, illicit trafficking of drugs, harbouring offenders under the garb of recruitment or those offering emigration services without due process,” added the MEA. “The Bill proposes to provide stringent punishment, in particular, for categories classified as aggravated form of offences with regard to women and children.”
“Offences that invoke criminal liability under the Bill are cognisable under the Code of Criminal Procedure, 1973. Penalties prescribed are commensurate with the gravity of the offences committed,” it said.